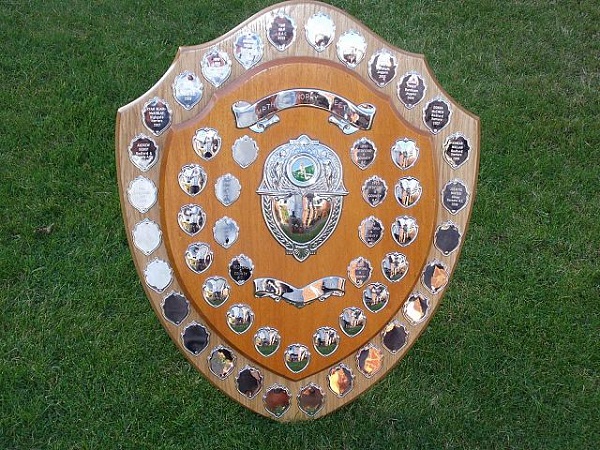 Falling leaves and lower temperatures heralds the switch from summer to winter – we seem to have skipped autumn in the south of England – and the arrival of a great British tradition. Yes, the cross country season is starting and runABC South reporter Alan Newman was delighted to see one particular event still going strong after 40 years...

The Beefeater Trophy Cross Country at Ampthill was one of the finest gatherings of cross country exponents for 25 years from 1974-1998. The first men's winner was Tony Simmons, who went on to take the trophy five times, plus the Veterans International race representing Wales in 1989 and 1990. Simmons set a world half marathon record (1:02:47) in 1978.

Among the famous winners of the women's race was world marathon record holder Paula Radcliffe, who took junior race wins in in 1988/89 and her two senior titles in 1992/93.

However, the most decorated athlete to have graced the Ampthill Park slopes is Mo Farah, who won the under-15 boys race in 1997 as a virtual unknown. With nine global gold medals at 5000m and 10,000m there is no finer example of the benefits of cross country running than Sir Mo Farah's subsequent athletics career.

After a brief hiatus between 1999 and 2002 the race was revived by Ampthill and Flitwick Flyers Running Club as the Ampthill Trophy Cross Country and after a quiet start quickly regained its position as an important season opener. The original Beefeater Trophy was kindly donated to the organisers so the history of the event could be preserved.

The latest edition was held on Sunday (21 October) with 350 runners competing in three races. The course remains true to the original as far as possible but sadly has to avoid the much loved (by spectators) 'Heartbreak Hill' section due to serious soil erosion.

The U11/U13 race winners following in famous footsteps were Cosmo Benyan (Cambridge & Coleridge, 7:17) and Rosie Foster (Bedford & County, 7:18). The U15/U17 race was won by Marshall Milton Keynes athletes Robert Hickman (13:34) and Montana Edgehill (15:53). Keep an eye on those names for the future!

The senior race was held over a tough 10K with victories for the host club's Craig Palmer (35:34) and Charlene Jacobs-Conradie (40:06) of Luton AC and there were 289 finishers.