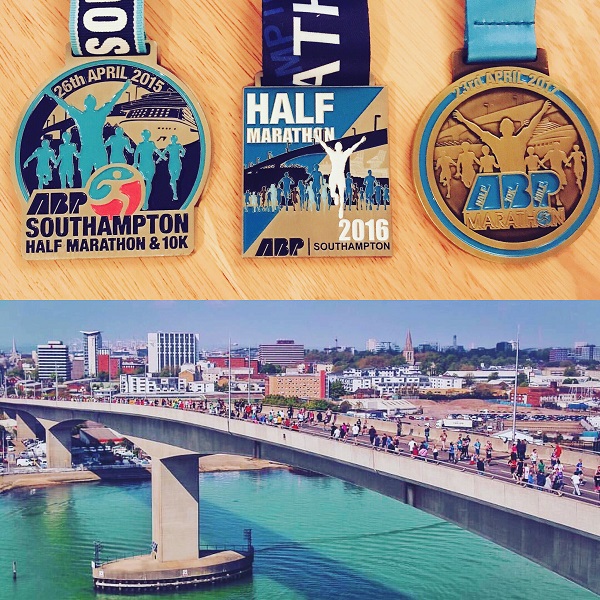 With a local winner in the ABP Southampton Marathon pride was restored in the Hampshire port city on Sunday (22 April) despite the Saints' exit in the FA Cup semi-final at Wembley the same day. With the Saints away the marathon course again swept through St Mary's Stadium before Richard Waldron (Southampton AC) raced to victory by three minutes to the delight of the sizeable home crowd at the finish in Guildhall Square.

Richard Waldron led by a minute at halfway (1:15:11) on this two-lap course of city, coast, parks and three iconic bridges, including the tough climb over Itchen Bridge. Closest to the eventual winner at this stage was Adam 'Tango' Holland (Tavistock), who was to finish third as the race reached boiling point on a sticky day.

Waldron held his nerve and form to complete the course in 2:40:46 as the rising temperature began to takes its toll. Dr Sebastian Hoenig (2:43:59), an eminent German astrophysicist at the University of Southampton, got his numbers spot on to run through the pack for second ahead of Holland (2:46:20).

Half the distance and one lap of the course was enough for 4,234 runners in the ABP Half Marathon where the top three finishers were Southampton parkrun specialist Aiden Lennan (1:13:46), Riccardo Rubini (1:16:33) and Max Costley (Southampton, 1:17:08).