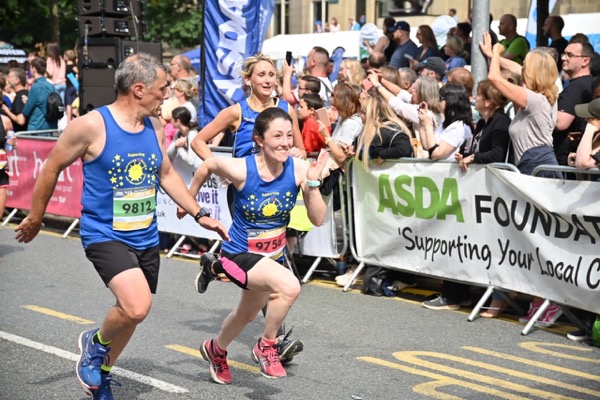 On the back of another successful event, Tristan Batley-Kyle, head of events at Run For All said: “The response to the Leeds 10K never ceases to amaze us.” The words rung true as Sunday’s event, launched in 2007, surpassed £2M in funds donated to charity, and showed just why it has become a major date on the race calendar.

The 10k is the original legacy run of the late Jane Tomlinson, who took on a series of endurance challenges and died soon after launching the race: over the past 12 years, it has grown into one of the best-regarded and most anticipated in the northern circuit.

Once again, the City centre streets were a blaze of colour as participants of all abilities tackled the flat, fast course raising tens of thousands of pounds for good causes. Among the field were a host of ambassadors from Leeds Girls Can, who stripped down to complete the 10k as part of their body confidence movement.

Starting on the Headrow, Sunday’s runners received fantastic support from the spectators who lined the route which took the field past the Corn Exchange, along Call Lane, past the railway station, through City Square, along Wellington Street and on to Kirkstall Road before turning around at Savins Mill Way and back to the city centre and the big finish in the Headrow.

Tristan continued: “The runners and spectators again turned out in force and we are especially grateful to the many volunteers who work so hard to ensure the runners have a safe and enjoyable event.”