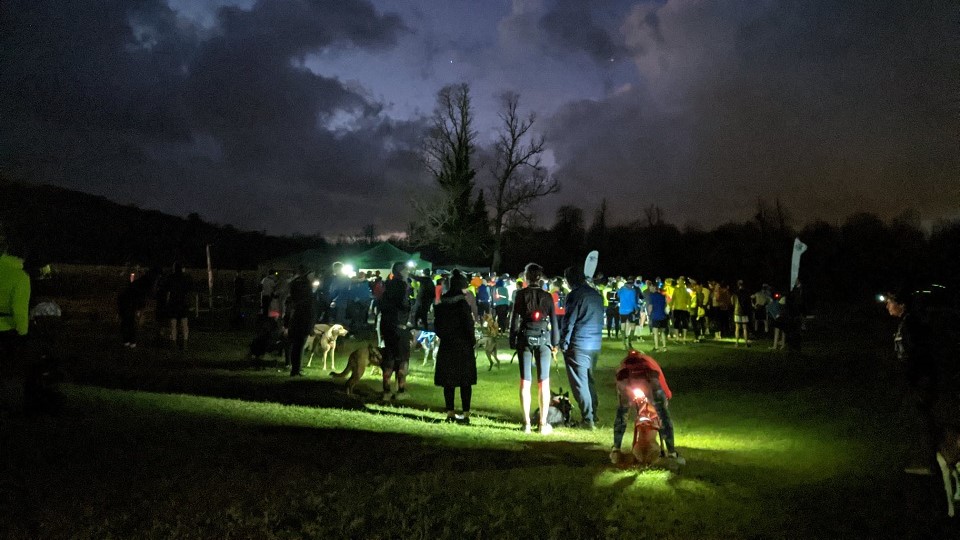 Hooper and Cooper are just super

Wild Running branched out from their usual Devon and Somerset heartlands to promote the first Wild Night Run Series races in deepest, darkest Surrey Hills on Saturday (29 January) where James Hooper (36:52) and Amanda Cooper (42:28) were the winners of the 10K race.

Just over 300 competitors assembled at the glorious Denbies Wine Estate near Dorking for races at 5K, 10K, and 10 miles – all held after dark with compulsory head torches and navigational aids.

Before the main events, there was a chance for the kids to let off steam in the 1K or 2K fun runs held entirely within the grounds of England's largest vineyard, with 265 acres under vines, representing more than 10% of the nation's vine plantings.

Once the dark skies had cloaked the beautiful Surrey Hills it was time for the adult runners to illuminate the vineyard's slopes, local hillsides, and woodlands in a colourful throng. First to head for the hills were the 5K and 10K competitors and the winners of the shorter race were Phillip Stevens (29:09) and Sofia Riley (29:40). There were 41 finishers in 46:10. The 10K was busier with 106 finishers in 1:52:36 behind those impressive winners previously mentioned.

Finally, it was the turn of the 10-mile contestants with an epic battle that featured 1,110 feet of ascent via Chapel Wood and on to Fetcham Downs. James Turner (1:09:51) and Becky Morrish (1:19:11) were the fastest and most sure-footed of the 137 racers as 132 completed the course in 2:28:27. The women's winner was impressed with the event, posting on Facebook: "Absolutely loved it! Thank you so much for organising!"

The first-ever Wild Running Dark Skies Surrey Hills races were an unqualified success and further excursions beyond the West Country are planned. For details of future events visit the Wild Running website