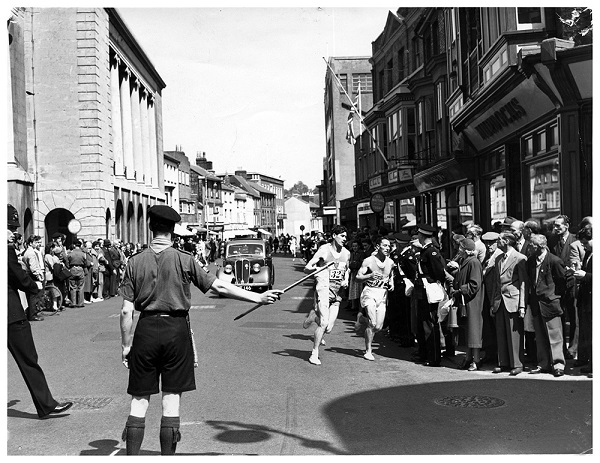 We have an eclectic mix of old and new events and race distances in the runABC South calendar this weekend. We highlight a traditional race promoted by one of Britain's oldest clubs as well as one of the most popular charity runs in the capital in our preview.

Around 250 runners are expected at the Fulford's Five Mile race from Exmouth Sports Centre. This once popular race distance is rarely found these days as 10k has become the dominant force. To continue our theme of UK records, the fastest UK times held by Ian Hamer (22:35) since 1992 and Paula Radcliffe (24:47) from 1999 illustrate the zenith of the 5-mile event.

The masses will be in action in the Cancer Research UK London Winter Run 10K on Sunday. Trafalgar Square will turn into a winter-themed venue for charity fundraisers as up to 20,000 runners are expected to start to the roar of the Snow Blast Off cannon. London Winter Run blends our great sport and charity together in a fun-filled fusion that brings running, quite literally, bang up to date!

If it is a half marathon that gets your motor running there are excellent examples on offer at Great Bentley (Essex), Portsmouth, Watford, Wimbledon and Blackmore Vale (Dorset).

All of the races we have mentioned so far are on Sunday (4 February) but there is an even greater challenge available on Saturday. The innocuously named Thames Trot is a 50 mile trail race promoted by Go Beyond Ultra. Nicknamed 'The Boat Race', this run starts at Oxford and follows the Thames Path to Henley with a time limit of 11 hours.

As always these and many more races are recorded on runABC South race listings brought to you in association with Sports Tours International.