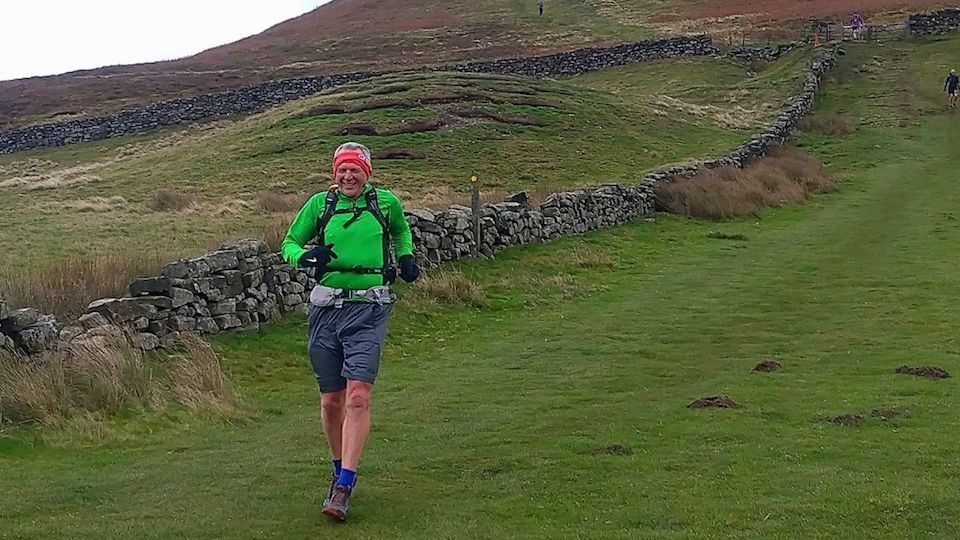 John Kynaston, ultrarunner, podcaster, blogger and inspiration to all he met has died following a heart attack last week. He was just 61.

Originally from Liverpool, John started recording his thoughts and experiences training for the West Highland Way Race in 2006. By 2020, he had run 52 ultras, including six editions of the WHW Race. His long-term goal was to run 100 ultras by his 70th birthday, a target he will sadly never meet.

In the hundreds of social media comments posted after news of the Kilbarchan AAC member’s death broke, the words  ‘genuine’, ‘inspirational’ and ‘true gentleman’ were repeated time and again. Others called him ‘kind and compassionate’ and praised his ‘heart of gold’.

As co-host of the Run to the Hills podcast, host of the West Highland Way podcast, and keen video chronicler of long-distance events, John’s words and images inspired many to take on and conquer the challenges of ultra running.

His relentless enthusiasm and positivity, combined with his meticulous training logs and race reports, helped countless runners prepare mentally and physically for their toughest challenges. His ‘Ultra Running Diary’, through which many runners followed his plans and progress for the months and years ahead, was one of UK’s Top 10 running blogs of 2020.

A feature of the Scottish ultra landscape since his first WHW Race, John had also been involved in the Highland Fling, either as a runner or as an integral part of the event team, since 2007. In an online tribute, John Duncan, race director of the Highland Fling, wrote that he was “completely shocked and saddened" by John's death.

He added: “[John] has been a huge part of the Scottish (and beyond) ultramarathon community for so long, and his kindness and enthusiasm has positively affected so many people. He will be sorely missed by so many. I feel so grateful to have known John as a friend over the last 10 years.”

Aberdeenshire-based ultrarunner Jenni Rees-Jenkins was also a friend of Kynaston’s. She told runABC Scotland online: “John was an amazing human. As friends we ran together for short spells during various trail and mountain marathon events and two years ago he helped me change my outlook to racing. He gave me life-changing advice before running the Lakeland 100, the basis of which was to always find the positive in every step, to embrace the positives in life, to be thankful and to keep moving. I use this in all aspects of my life now and will never forget his words.”

She added: “John was well-known across the country for his huge support and positivity towards events. He often talked of loving races as they meant he could make new friends and meet old ones. He was integral in organising the West Highland way race and this enabled him to relish in his obsession with statistics and spreadsheets. He loved to look at the fine detail in everyone's race and pick out our sections individually.

“He was a man of great faith. I like to think he is still watching over us from above and still analysing the race statistics.”

John’s heart may have been on the long trails, but his enthusiasm extended well beyond the hills. Since 2010 John had been working as an Active Schools Coordinator in Glasgow, sharing his love of athletics with the next generation.

At the time of his death, John was just 33 miles into his first target race of 2021: the Virtual Spine Race, a COVID-friendly version of the iconic 268-mile race along the entire Pennine Way. Upon hearing of his admission to hospital, members of the ultrarunning community rallied to his support, and set up a social media page to ‘donate’ their own miles to help him reach his target.

By the time of his passing, runners across the UK had donated hundreds of #milesforjohn. As Andy Nuttall, founder of the @TheUltraMag, wrote on Facebook, “Those total miles would not only have finished the Spine, but are quickly heading for the moon.”

John Kynaston leaves behind his wife Katrina, children Jo, Emma, Laura and Hollie, and countless friends, clubmates and runners whose lives he changed without even knowing.