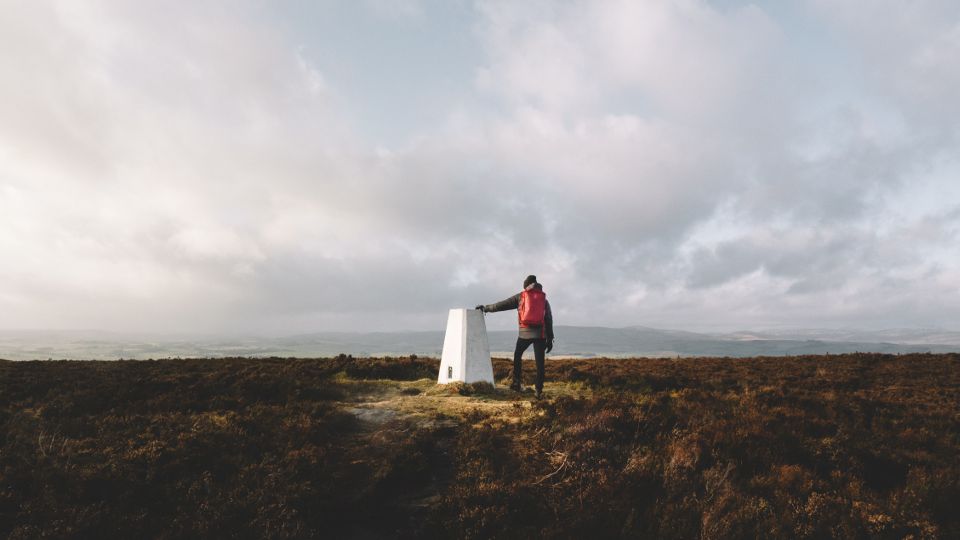 Entries have opened for the Trig Point Premier League which starts on 1 February and ends on 31 October and there are prizes and goodies for those who scale the heights. Also up for grabs is the Trig Point Cup.

This is similar to munro bagging where the objective is climb as many of trig points as possible. In this challenge organised by Andrew Vickerman Event Timing, people bag as many trig points as they can during the season and their efforts are displayed in a league table that will be updated on a weekly basis. Think of it as ‘taking a trig’ (or a ‘trig-athlon’?).

(As part of runABC's home learning service – "Trigpoints are the common name for 'triangulation pillars'. These are concrete pillars, about 4' tall, which were used by the Ordnance Survey in order to determine the exact shape of the country. They are generally located on the highest bit of ground in the area, so that there is a direct line of sight from one to the next." source: http://trigpointing.uk/info/trigpoints.php)

The rules are run or walk a minimum of 5K, bag a trig point or points which must be officially recognised ones and take a photo or selfie. Making sure they are close to the trig when taking a photo as this is proof of completion and the organiser’s decision is final.

There is no limit on the number of trigs that can be bagged during a run or walk but participants are reminded to follow the countryside code and government guidelines regarding outdoor exercise. If the trig point is on private land ask permission to visit it.

Prizes will be awarded to the man and woman who completes the most trig points; highest trig; lowest trig and club (team of three).

This is something a bit different but still with a competitive aspect and something to focus on during this crisis. Climb on board via the My Race Result website.