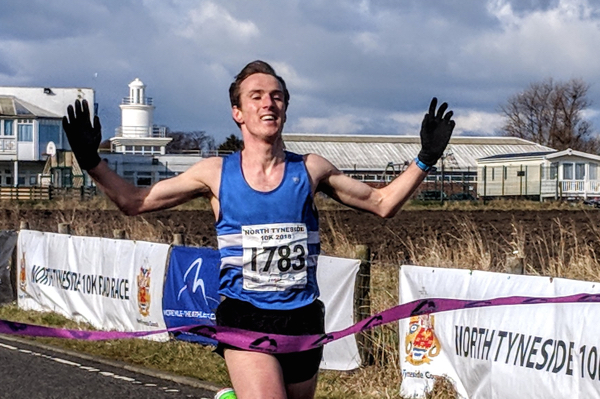 The 14th staging of the North Tyneside 10K drew another sell-out field with close to 1800 runners competing on Easter Sunday (1 April). A new set of champions were crowned with Morpeth Harriers’ Ross Floyd and North Shields’ Charlotte Penfold taking the spoils in their respective fields.

One of the UK’s most scenic road races, Sunday’s event saw runners start at the Parks Sports Centre in North Shields before taking in the Fish Quay, Tynemouth Priory & Castle and a long stretch of coastline before finishing at St Mary’s Lighthouse in Whitley Bay.

Organised by North Tyneside Council and with support from Northumbria Spring water and Start Fitness, the race is a big hit with club runners and consistently sells out each year.

Phil Scott, Head of Environment, Housing and Leisure, commented post-race: “With such a beautiful route, it’s no wonder the race is so popular and people travel from all over the UK to take part. I’d like to congratulate all the runners who took part in the event – especially Ross and Charlotte – and thank those who came along to cheer them on. The atmosphere was brilliant.”