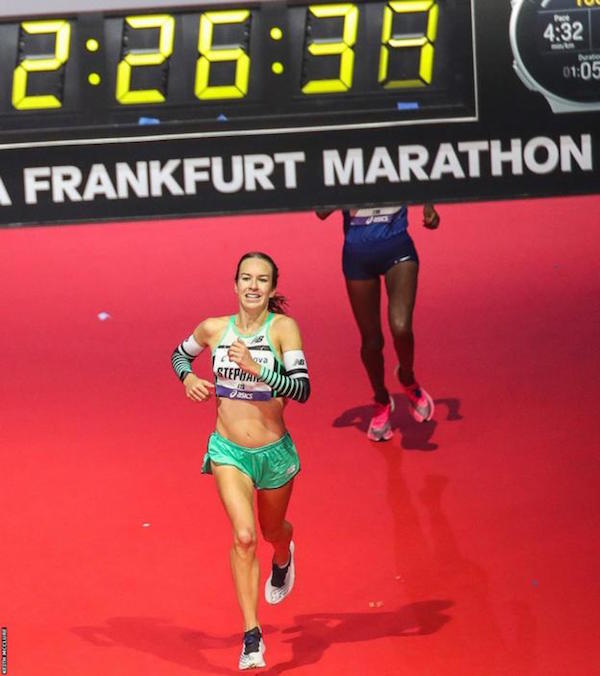 Competing in only her second 26.2-mile race, Twell finished eighth at Frankfurt Marathon on Sunday. Crossing the line in a time of 2.26.40, Twell was 12 seconds faster than the previous record holder, who, as it happens, was also Liz McColgan.

Until Twell broke it on Sunday, the previous record had, like Liz McColgan's 10-mile record, stood since 1997.

But the Kilbarchan AAC runner has more than just smashing her previous PB of 2.30.11 – set in Valencia last year – and a new Scottish record to celebrate. She has also more than met the qualifying time for next summer’s Tokyo Olympics set by British Athletics, being under the 2.29.30 target by nearly three minutes. Twell – and other favourites like Callum Hawkins – will find out whether she’s been pre-selected for the GB and NI Olympic team in December.

Twell's Frankfurt run has also earned her a place in the British marathon record books as the fifth fastest woman over the distance.

This has been a good year for Twell. In May, she defended her Vitality London 10,000M with a personal best performance. In September, she clocked a time of 70.52 – the third fastest ever half marathon for a Scottish woman – to earn a tenth placed finish at the Great North Run; she also finished 15th in the 10,000m final at the World Championships in Doha.

Derek Hawkins also a had a great race in Frankfurt. The Scottish Olympian was the top British runner in the men’s race with a time of 2:12:49.