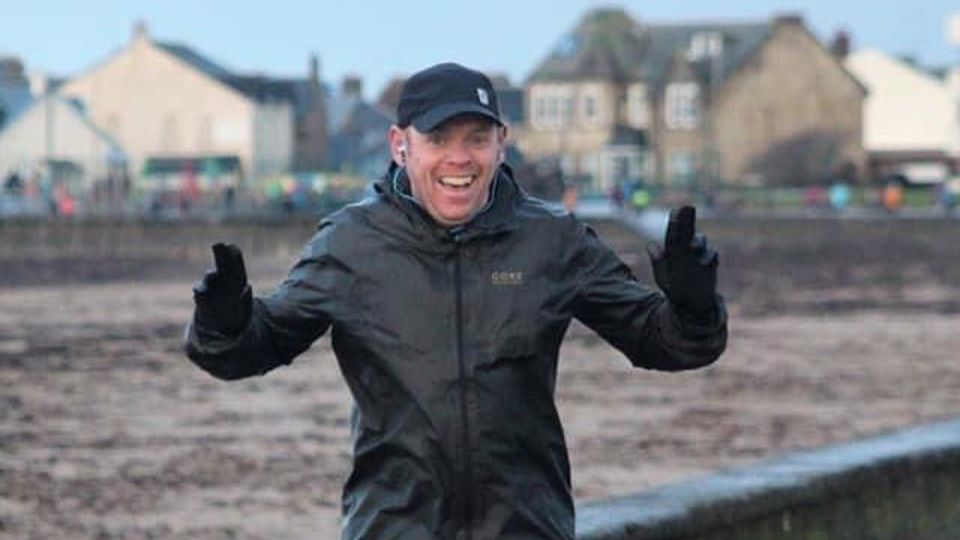 The battle is over for Neil Kyle

The Ayrshire running community has lost a popular member with the death of North Ayrshire AC's Neil Kyle at the age of 48. The ex-Royal Highland Fusilier recently lost his fight with cancer.

Neil took up running after a military career which included active service in the Gulf, Northern Ireland, Bosnia, Iraq and Afghanistan. Of his Afghanistan service, Neil said it was the best six months tour of his career where he made life long friends in C Company and the Milan/Javelin platoon.

Kilwinning-based Neil was a devoted family man and he enjoyed life in the town where he lived with his two children. His running commitment started at Ron's Runners before he moved to North Ayrshire AC. Neil was also a regular with his family at Eglinton parkrun where he enjoyed the social side of the Saturday morning event.

Neil's race CV in recent years included Liverpool Rock N Roll Marathon and Loch Ness Marathon. By his own admission preparation for the big Inverness race in 2018 had been difficult and he considered withdrawing however the motivation of having his kids at the finish line was enough to see him complete the 26.2 miles.

Neil joined North Ayrshire AC as his competitiveness grew, taking his running to another level and he had his sights set on completing the Highland Fling ultramarathon. Sadly he was unable to realise that ambition.

Close friend and fellow ex-veteran John Owens, who joined Ron's Runners on the same night, told runABC Scotland: "Neil's passing leaves a massive hole in the lives of those who knew him, the running community, military friends and, particularly, his family. You’ll always be in our hearts. Rest in peace, my friend."