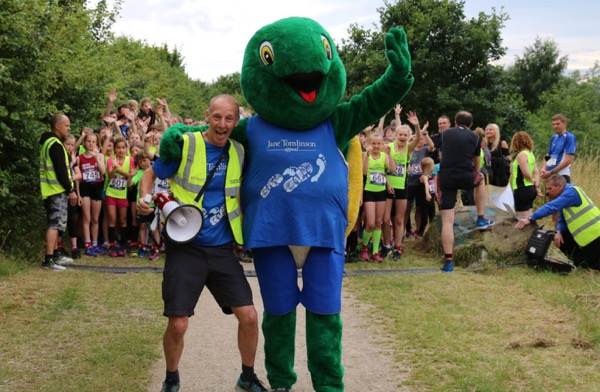 Taking On The Canal For Jane

Next Tuesday (3 July) will see the 14th year of the Jane Tomlinson 5K Canal Run. The event, organised by Rothwell Harriers, holds a special place in the hearts of Yorkshire runners and is known to be Jane Tomlinson’s favourite race and the last run she ever took part in before passing away in 2007.

The 5k begins in a little village just on the outskirts of Leeds called Methley and starts on the canal towpath running down and back on the other side of the Aire and Calder Canal. It is believed to be a PB course with only two bridges to cross and no traffic. Such has been the demand for the run, the main 5k race filled up within a week, with 450 runners signed up and a further 200 in a 1.5 mile Fun Run.

Race organiser Jason Westmoreland told runABC North a little more about the event: “I've been organising this race since I started it 14 years ago. I started the race to help Jane Tomlinson raise money for the charities she supported and the race just started to grow.

“I used to train with Jane at the Rothwell Harriers running club where Jane and Mike were members. Shortly after the canal run Jane and Mike Tomlinson had the idea to go big and the Leeds 10K was born and as you say the rest is history, so I feel blessed that my little canal race sparked something massive.”

Present next week will be the Jane Tomlinson mascot and children's favourite Tommo the Turtle. There will also be the infamous cake competition in which five judges will be on hand to decide the winner. This is all part of the event’s fundraising dimension, with around £5000 raised for Jane’s Appeal each year.

Look out for runABC North’s race report next week.