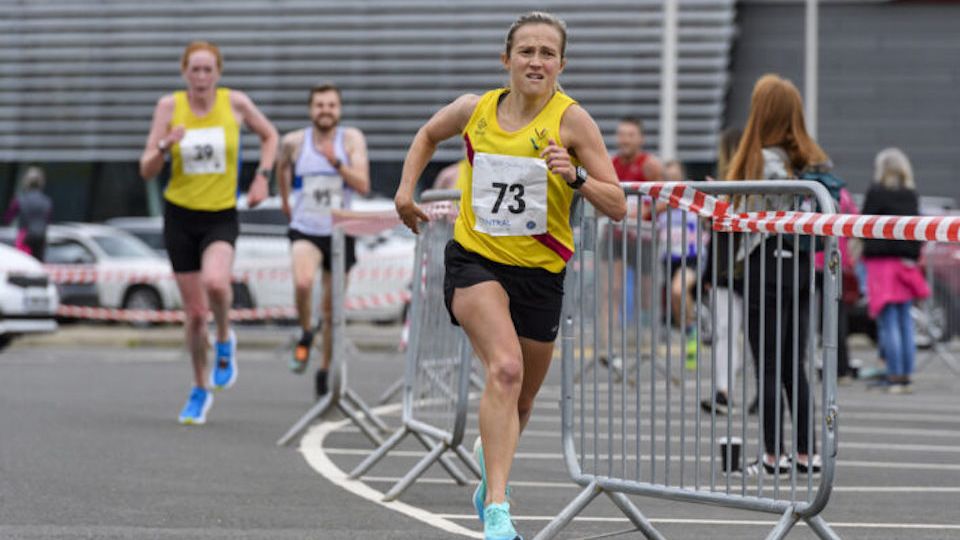 A sterling return for the national Championships

The Scottish 10K championships made a welcome return yesterday, as part of the City of Stirling’s annual 10K road race.

The event, organised by Central AC, was limited to just 500 entrants, a fair few of whom were in contention for the national titles.

In the end, the women’s race went down to the wire, with Jenny Bannerman (Inverness Harriers, 35.35) crossing the line first – just one second ahead of Central’s Jenn Wetton (35.56). Corstorphine’s Josie-Wren Golder (36.30) took third.

After 15 seasons in Scotland and hundreds of races, the national title is 33-year-old Bannerman’s first. She told scottishathletics that the gold medal ‘means a lot’.

‘I’m so glad it was staged again as we want everyone to get back to competing for medals individually and team medals.’

In the men’s event, Andy Butchart, recently returned from the Tokyo Olympics, took the top spot on the podium for the second time in his career. He told scottishathletics, ‘I run here all the time and it’s my hometown race so I couldn’t turn down the chance to win a Scottish 10K title.’

The Central AC athlete was joined on the podium by James Donald of Dundee Hawkhill in second (29.51) and his Central clubmate Alastair Hay in third (29.59).

Central AC also claimed the men’s and women’s team prizes, with Inverclyde and Fife AC rounding out the men’s awards, and PH Racing and Edinburgh the women’s.