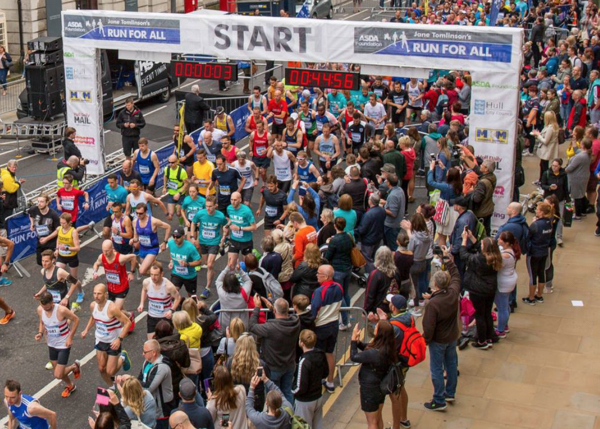 Second time round for Hull Festival

“It’s big, it’s brilliant and it’s back.” Run For All’s description of its youngest festival just about sums up everything that it represents, and, with race day fast approaching, there isn’t much time to book a place for this Sunday’s (2 June) event.

The Asda Foundation Hull Running Festival got off to a flying start last year with 1300 runners taking on the first ever 13.1 mile event and a further 3000 competing in the well-established 10k.

There was a fantastic atmosphere as large crowds cheered the entrants around both routes, which started in Alfred Gelder Street and took in some of the city’s cultural and historic landmarks.

The largely flat course offers great PB potential and takes in The Deep, Humber Dock Marina, Hull City Hall and the University of Hull before heading back for the grand finish in the heart of the city centre.

Driffield Striders’ Shaun Hobson took the first half title in 1:17:41, while Lindsay Skinner secured the women’s title in 1:23:58. In what was the ninth year of the 10k, Alan Oliver of Sleaford Striders claimed top spot in 33:53, with first place in the female competition going to Katie Clark in 37:20.

The half marathon will also see elite runners battle it out for the opportunity to represent England on the international stage. The top four eligible men and top four eligible women will be invited to pull on the national vest at the England Age Group Masters representative race at September’s Maidenhead Half Marathon.

If you fancy taking part in the either the 10k or half marathon, you can still enter here.