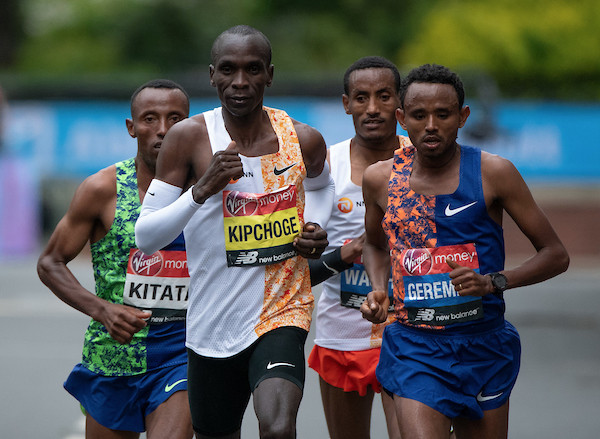 The 2020 Virgin Money London Marathon has already set its first record, 11 months ahead of the 40th anniversary race on Sunday, 26 April. The public ballot has closed with an incredible 457,861 applicants registered, more than 10% more than the previous world record 414,168 applicants for the 2019 race!

Virgin Money London Marathon, already the most popular marathon on the planet, received 373,736 ballot applications from the UK and 84,125 people applied in the international ballot. More than 56 per cent of the UK applications for 2020 were from people who have never run a marathon before.

"This world record reflects the extraordinary inspirational effect of the 39th London Marathon and our social media campaign #ThanksaBillion which celebrated the many runners who have raised over £1billion for charitable causes since the event started in 1981," said Hugh Brasher, Event Director for London Marathon Events. "One of our goals is to inspire people to take up sport and it's fantastic that more than 210,000 people from the UK have been inspired to apply to run a marathon for the first time in 2020.”

One of the most significant trends seen is the rise in the number of female competitors. At the first London Marathon in 1981, fewer than 300 of the 6,300 finishers were women. More than 179,000 women from the UK have applied to run in 2020 and, for the third successive year, females outnumber male first-time marathon runners from the UK (54.4% to 45.6%).

Hugh Brasher added: "The London Marathon continues to have an extraordinary impact that has inspired profound social change. It is an iconic event, recognised as the world's greatest marathon, and compels people to take up running and to raise millions for charity. In addition, The London Marathon Charitable Trust has enabled thousands more to get active through its funding of a huge range of recreational projects."

Entrants will be notified of the ballot results in October 2019. Race details at Virgin Money London Marathon here