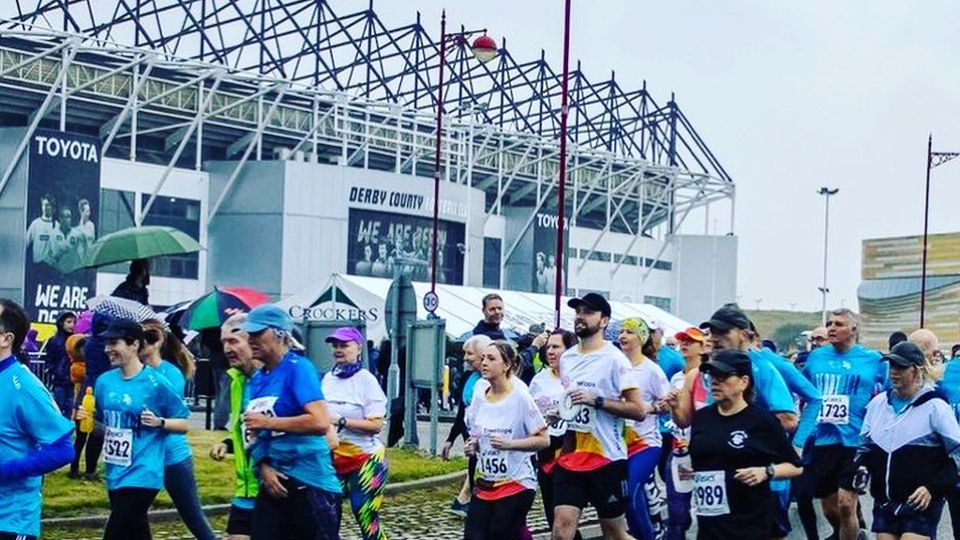 Moakes and Miller shine at this crowd pleaser.

The Great British weather didn’t slow down Samuel Moakes and Rebecca Miller as they sped to victory at Sunday’s (17 October) Derby 10K. They were part of a keen field of runners who made the most of the course and outstanding support at the home of the Rams.

It was the 19th anniversary for the Derby 10K and 3K Fun Run that returned to the start line after a year’s absence. A well organised event from Derby County Community Trust, it attracted a good mix of runners, from first timers to experienced athletes, all of whom were glad to be back racing irrespective of the conditions. Children as well as adults enjoyed the day with this event raising thousands of pounds for local causes that help improve the lives of people in the area.

The 10K runners were sent on their way at 9am from Royal Way near Pride Park Stadium that also acted as the finish. They were followed by young runners and their parents in the 3K Fun Run at 10.30am with spectators applauding both races as they set off, determined to do their best whilst (literally!) soaking up the atmosphere.

Locals braved the conditions to stand and cheer everyone as they followed a course around the city, passing various landmarks including the Council House, Cathedral and Silk Mill. Marshals were equally enthusiastic, especially at 7K, encouraging runners on to the end

Rebecca Miller of Derby AC was the female winner in 40:30 followed by Hannah Creamer of Telford Harriers in 41:10. Miller’s teammate Rachel Naylor was third in 42:17.

The full set of results can be found via the runABC Midlands Race Listings page.

Entries have opened for the 20th anniversary Derby 10K on Sunday 10 April 2022. Sign up at the Derby County Community Trust website.