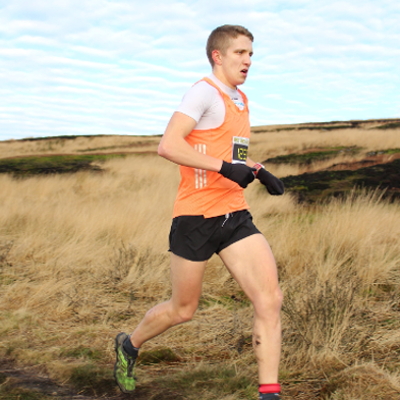 Walsh first up the Mast

The new medal was huge at Sunday’s (19 January) Mast 10K Winter. However, it was dwarfed by the tall transmitter that runners climbed towards at this up and down race where Sam Walsh led the way...

Standing 309.48 metres (or 1015.4ft) high on top of Winter Hill, Chorley, this well-known transmitting station serves Cheshire, Lancashire, Merseyside and the Wirral. It was the focal point at the Mast 10K Winter from Time2RunEvents UK that has sold out for the last three years and again in 2020. The new medal was a factor as well as the race itself.

Smithills School acted as the start and finish on a very cold morning as runners followed an out and back course on roads and trail. The roads weren’t traffic-free but marshals ensured their safety as they climbed for the first 5k passing an aid station at two miles before reaching the summit.

The transmitter was an imposing sight as they turned around and headed downhill, passing another aid station at 4 miles then all the way in to finish at the school.

Sam Walsh was in the lead and remained so until the end where he crossed the line to win in 41:09. Daniel Cottle of Prestwich AC finished second in 43:29, beating his teammate Matthew Brennan who came third in 44:53.

The course chimed with Laura Bell of Lonely Goat RC who was the winning lady in 49:54. Sue Coulthurst of Wesham RR was second in 50:11 and Julia Johnson of Penistone Footpath Runners & AC third in 50:22.

A big medal was their reward along what has been reported as an anazing selection of cake.