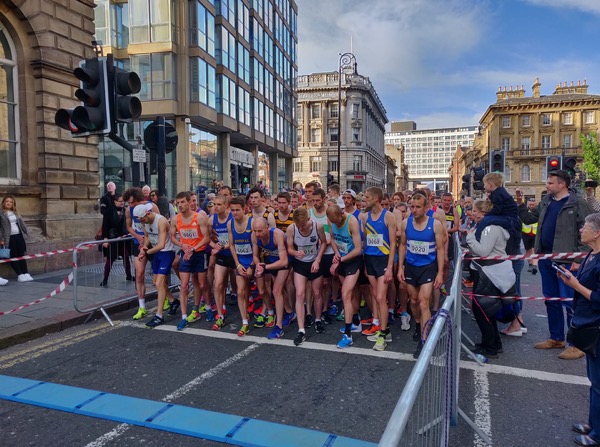 Graham Rush set one of the quickest times in years to take victory at the Blaydon Race on Sunday (9 June). Rush was one of close to 4200 runners, a massive turnout even for a normally well attended event, to take victory in what was a suitably competitive day of racing.

Staged on the same date every year since 1961 (9 June), The Blaydon Race is one of the most hotly anticipated and iconic events in the region. Each year, the run begins began with a recital of the 1862 Blaydon Races song, which opens with 'Aa went to Blaydon Races t'was on the Ninth of June.'

This ritual singing of the song took place at the start of Sunday’s race, while the starter also used the handbell referred to in the song to set the field on their way.

Sunderland Strollers’ Aly Dixon put in a fine performance to claim first place in the women’s competition in 28:24, followed by Claire Duck in 28:54. Wallsend Harriers Danielle Hodgkinson took third in 29:30.

Post-race, Dixon reflected on her performance in the race, and perhaps also touched upon a sentiment about how much the race means to so many people: “Thank you so much for another great Blaydon. The race stole a part of my heart 24 years a go and it meant a LOT to win it again last night. I'll be back to try to join the amazing Jill Hunter as the Queen of Blaydon next year!”