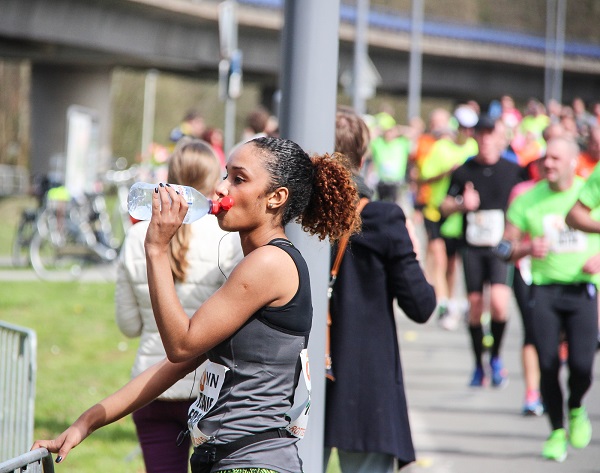 Is there a solution to plastic pollution?

The recent trials and tribulations of the organisers of Winchester 10K has got runABC reporter Alan Newman thinking: is there any viable alternative to adding to the 8 million tonnes of plastic pollution that ends up in our oceans every year?

Race organisers provide fluids on course and at the start and finish for the health of all of the competitors but also because they are required to do so by UK Athletics Rules for Competition. Rule 240(8) states that: 'water shall be available at suitable intervals of approximately 5km'.

The rules also permit athletes to carry their own supply from the start of the race and if we all did that there would be no need for supplementary refreshments! Of course, in many races the organisers go the extra mile and provide a range of energy supplements, food, sports drinks and sponges and the rules allow this, as well as a greater frequency than every 5kms.

Having competed in London Marathon and worked for several years as a volunteer at one of the excellent water stations, I have seen runners take a sip or two from a bottle I have been holding out for ages before throwing the rest over their heads (and other competitors). I have wondered if too much water is available in these huge events – not the case when it is blazing hot, though, when we have come close to running out at our well staffed station. Perhaps runners could exercise some restraint and only take what they need for hydration?

The Winchester 10K organisers decided rather late in the day to use infinitely recyclable aluminium cans of water from the appropriately named company CanO Water at the finish of their event. CanO Water is also available in a resealable can that can be carried on the run and consumed at a steady rate until the next drink station.

Compostable cups are beginning to appear at races and 90,000 were trialled at three drink stations at London Marathon last year (compared to 760,000 plastic bottles still in use).

Another intriguing alternative to single use plastic bottles is Ooho! Described as 'water you can eat', it is a spherical package made from seaweed, entirely natural and biodegradable, especially as you can consume the packaging with the water! Don't ask me how they make it but I believe the water is frozen before it is wrapped. We understand last year's Harrow Half Marathon was the first race of its kind in London to be able to boast that it was entirely plastic free thanks to support from Selfridges and Skipping Rocks Lab, makers of Ooho.

With Lucozade Sport trialling gels in edible seaweed packaging we have certainly moved on from the days when marathon legend Ron Hill would apparently down a pint of diluted orange juice with some salt added just before hammering out another marathon victory in 2:09 and bits!

How refreshing it is to hear that the solution to plastic pollution in our oceans may eventually come from the seas themselves...just as long as we don't bottle it!