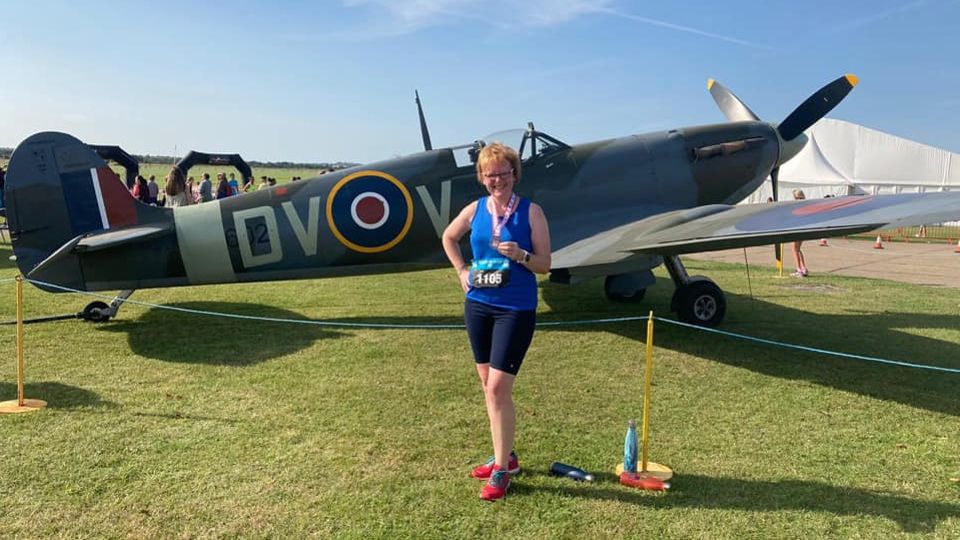 It was a safe and Covid-secure take off for the inaugural Duxford Dash 5K and 10K yesterday (Sunday 13 September), The Cambridgeshire event from The Race Organiser saw runners fly around a fast course with plenty of space to socially distance. A course that also included a burst along the runway at host venue, the Imperial War Museum (IWM) Duxford.

IWM Duxford cancelled the planned Battle of Britain Proms and the 80th Anniversary Battle of Britain Air Shows due to the ongoing and uncertain situation with the coronavirus pandemic. This new event would have raised much-needed funds.

A choice of two distances for the Dash meant the event was suitable for novices as well as experienced runners and the flat route was ideal for a PB. There was an added bonus in the form of famous aircraft that runners passed on their way around this RAF base, completing one circuit for the 5K and two for the 10K. Both races were chip timed.

Nick Harris-Fry of Orion Harriers landed a win in the 5K, finishing in 16:12 beating teammate Reece Barclay who was second in 16:47. Ed Seeley of Hadleigh Hares was third in 17:00.

Sophie Tooley of Loughborough University was the winning female in 19:48. Georgia Garvin was second in 20:00 and Eilidh Nicol of Coleridge & Cambridge AC third in 20:48.

Every finisher picked up their commemorative medal from the collection point and as part of their entry fee, had all day access to the museum whilst observing Covid-secure guidelines.