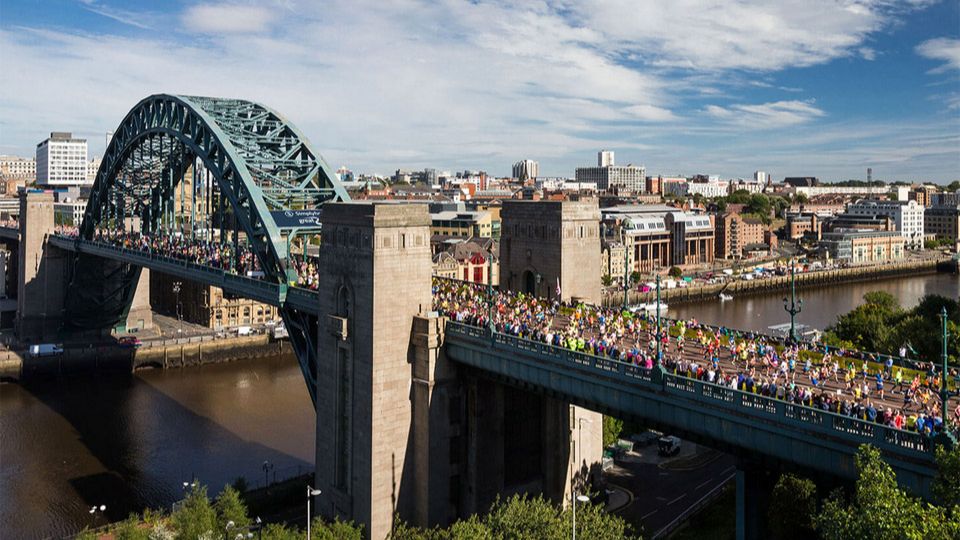 Sunday's Great North Run Virtual will be a global affair

Sunday would have seen the 40th staging of the Great North Run. In normal circumstances 50,000 runners would make their way from Newcastle to South Shields, however 2020 has had other ideas.

Undeterred, runners across the world will take on the Virtual Great North Run instead. Participants across six continents, in 57 countries and in all 124 UK postcode areas will create their own route where they live, with many of them raising thousands of pounds for charities close to their heart.

Over 16,000 people have signed up to the free run, which will use the viRACE app to provide a unique audio running experience featuring motivational messages from famous voices including North East favourites Ant and Dec, Alan Shearer and Sting, as well as sporting legends Lord Sebastian Coe, Paula Radcliffe and Dame Tanni Grey Thompson

In addition, rock legend and Dire Straits frontman Mark Knopfler has performed a new arrangement of Going Home: Theme of the Local Hero, a song synonymous with the Great North Run and is the first song heard by runners when the starting gun is fired. Participants will hear it on the viRACE app and a special performance from Mark Knopfler will be shown as part of the official Great North Run programme on Sunday at 10:30am on BBC One.

International runners are taking the opportunity to join the virtual event, with participants taking part in 57 countries across Europe, Asia, Africa, Australasia, North America and South America. Many are relishing the challenge of creating their own scenic half marathon, including Richard Taylor, who is originally from Northumberland but now lives in Japan. He will run his Great North Run in Tokyo with a route that passes Tokyo Tower, Imperial Palace and the Olympic Stadium.

Andrew Jarvis, who will complete 12 laps of his large neighbourhood in Colombia on the edge of the Andean mountain range as the sun rises while Leigh Sedgley from Lairg in the Scottish Highlands is creating a route between the iconic hills of Canisp and Suilven.

British expat Paul Potter, who will be running in Tauranga, on the North Island of New Zealand. Having completed three previous Great North Runs, he is glad to be able to join his fellow countrymen from afar, albeit at what will be 9.30pm local time. He plans to take in the beautiful Mount Maunganui beach and the Tauranga Harbour Bridge.

Paul Foster, chief executive of The Great Run Company, said: “This year we’re staging a very different Great North Run and certainly not the event we expected when we opened the ballot in January. Runners are making their own Great North Run all over the world and we’re looking forward to seeing the pictures and videos once they’ve crossed their individual finish lines.

“Throughout this time our aim has always been to provide an experience as close as possible to the real thing, and we hope that by using the viRACE app we can do just that. Some very familiar voices will be spurring runners on and we can’t wait for you to hear them.

The Great Run Company has seen a huge response to its virtual running series introduced in May. 50,000 people have now signed up to Great Run Solo, Great North Run Solo and the Virtual Great North Run combined.

Initially intended to provide motivation and give purpose to running during lockdown, Great Run Solo offered weekly or monthly distance-based challenges ranging from 7k to 280km, with an additional one mile distance available for children.

After the cancellation of the main event, GNR Reimagined was born, offering two virtual running propositions; Great North Run Solo to take them through what would have been the traditional training period, and the free Virtual Great North Run to give an on-the-day virtual race experience.

Great North Run Solo challenged runners to complete 40 runs from 28 June, the anniversary of the first ever Great North Run, to  13t September, the day the 40th event was scheduled to take place.

All profits from Great Run Solo and Great North Run Solo were donated to the NHS Charities Together COVID-19 Urgent Appeal and raised over £250,000.

A Great North Run Celebration will be broadcast on Sunday 13 September at 10:30am on BBC One.