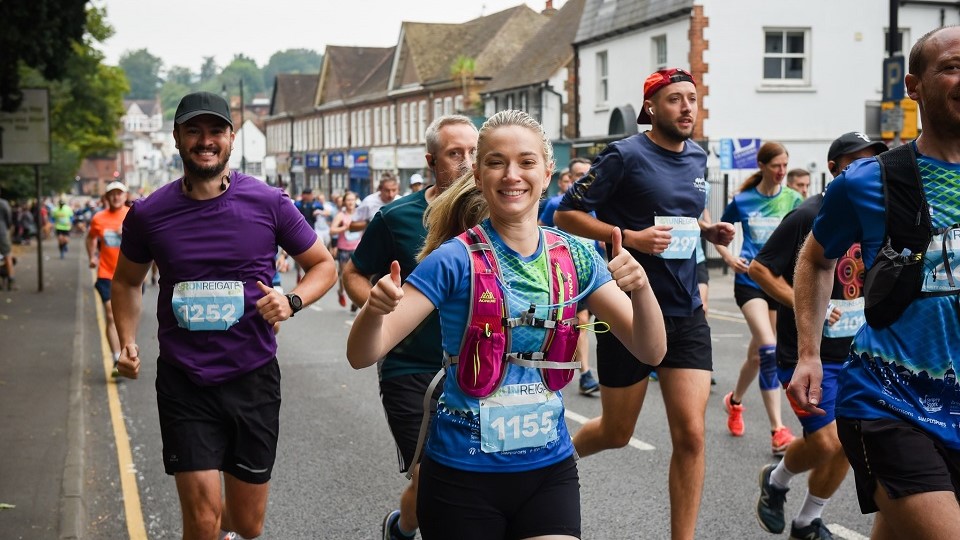 Street's ahead in the Kids Races

When you notice that more than 1,000 took part in the supporting Kids Races you know you are well on the way back towards that 'new normal' everyone has been talking about for so long. And that was the case with the Intersport Run Reigate on Sunday (19 September).

This was the sixth running of Run Reigate from historic Priory Park with its beautiful lakeside setting. The tried and tested programme featured the Intersport Half Marathon, 10K, 5K and series of Kids Races for different ages.

The fastest youngsters over the mile course in the park were Daniel Street (Epsom & Ewell Harriers, 7:08) and Florence Shade (Reigate Priory AC, 7:59) and there were 1,001 finishers.

Dan Gaffney (1:12:55) was the perfect advert for his Great Outdoors Fitness running group, as he won the Intersport Run Reigate Half Marathon from Alix Ramsier (South London Harriers, 1:14:22) and Jonathan Smith (Ranelagh Harriers, 1:15:37).

The tough climbs at Cockshot Hill and Park Lane were mentioned on social media, along with the great crowd support, top marshals, and cheery volunteers. However, the medical teams often go unnoticed until they are needed and on another warm day 10K finisher Sue Parsons posted: "Thanks to the medic who assisted me when I had a little moment immediately after the finish line, she was there before I knew help was needed!"