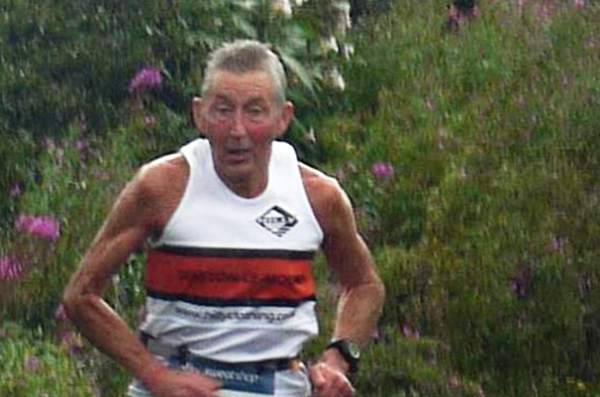 Ron And Co Unite Against Dementia

It's power to the people as Ron Hill, Sue Strachan and others join the fight against dementia and urge others to do the same to fund life-saving research while improving their brain health and fitness levels (writes Jane Holt).

Running is great for the grey matter and especially in older people. It improves cognitive functions and reduces the risk of conditions such as Alzheimer’s disease and dementia. And for those suffering from these conditions, running can slow down the progression.

There are two current campaigns which aim to promote awareness and raise money for two leading dementia charities – the Alzheimer’s Society and Alzheimer’s Research UK. The two campaigns are Dementia Revolution and Running Down Dementia – the latter of which I participated in last year - aim to tackle this terrifying disease head on and change attitudes in the process.

Ron Hill was diagnosed with dementia earlier this year but the former Olympian and marathon star is determined not to give in, saying: 'this race is far from run'. He is an ambassador for the Dementia Revolution, the Charity of the Year for the 2019 Virgin Money London Marathon and a parkrun UK supporter. Ron calls upon parkrunners everywhere to enter the marathon on behalf of this charity.

For anyone that has dementia and thinks they can’t run, think again as 62-year-old Sue Strachan has proven. She was diagnosed with vascular dementia in her 50s but took up running and completed this year’s London Marathon in sweltering conditions. Sue from Herefordshire has raised over £12,000 for Alzheimer’s Research UK.

“Our cause is just. Our union is perfect” (John Dickinson).