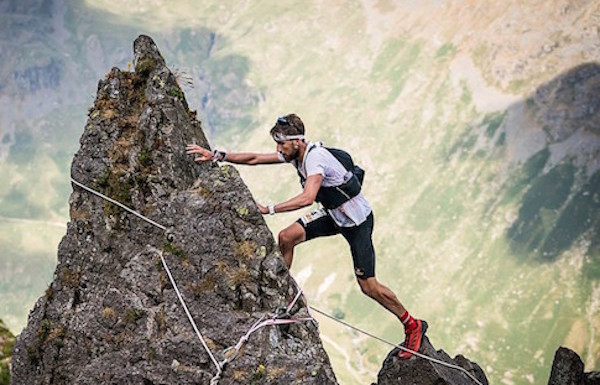 Lake Sky’s No Limit for Sinclair

Scottish ultra runner Rob Sinclair has won the Lake Sky Ultra in Cumbria in a time of 7.40.27.

Aberdeenshire-based Sinclair, who smashed the record for the 95-mile West Highland Way in 2017, finished more than 20 minutes clear of his nearest rival, Keswick AC's Tim Campion-Smith. Campion-Smith was the winner of last year’s companion event, the Scafell Sky Race.

The Insch Trail Runner also won the King of the Mountain Uphill and Downhill stages at Saturday’s race, but was 10 minutes outside the record of 7.30.40, set by Donnie Campbell (Team Solomon) in 2016.

Sinclair was chosen to compete for Team GB last year after his astonishing achievements, including winning the Highland Fling, the West Highland Way – taking 33 minutes off the course record to boot – and the Devil o’the Highlands all in one year.

A mix of running and rock-climbing, the Lakes Sky Ultra is one of the most technically demanding events in the UK. With 56 km of ‘paths, trails and tussocks’ winding runners up 4,500 m of elevation, organisers are clear that the event is a ‘test of speed, endurance, nerves and all-round mountaincraft’ and ‘not for the faint-hearted’. Run only by a select group of pre-vetted competitors, the route takes in the iconic Lake District ridgelines Swirral Edge, Striding Edge and Pinnacle Ridge.

Speaking at the finish Sinclair said: “The race was brilliant. It was a really good run. It was super hot, but I felt pretty good in the heat today.”

Despite his emphatic victory, the race didn't go entirely to plan. After running too fast through a checkpoint and missing a drop bag, Sinclair fuelled the second half of his race with ‘jelly babies and Milky Ways’ and ‘stuff from a tea room’.

“I thought I’ll just improvise … just to keep going. Sometimes you just do what you have do to finish.”