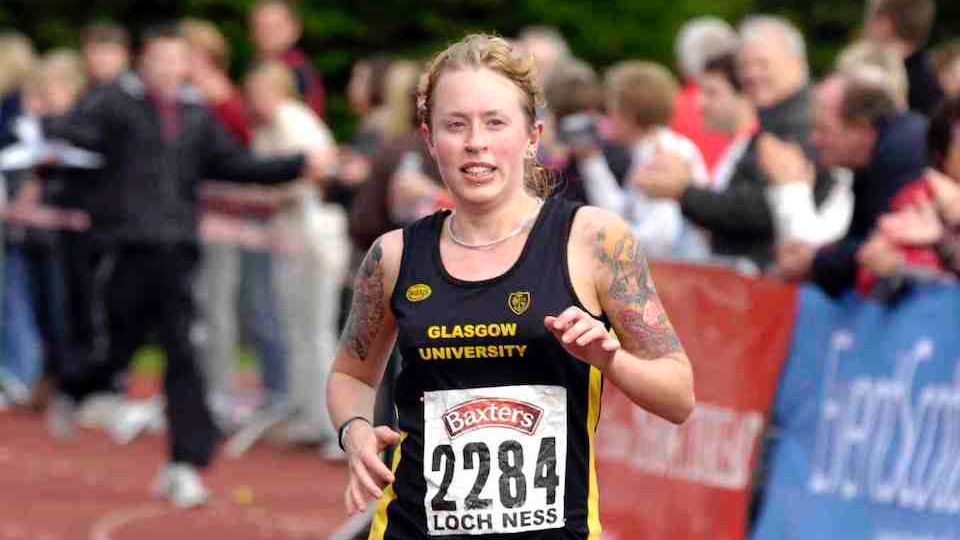 But who will make it onto the podium this Sunday?

Some of Scotland’s top club runners are limbering up for the Baxters Loch Ness Marathon and 10K this weekend – the first since 2019.

Shona McIntosh (Hunters Bog Trotters) will be making her third appearance in the 26.2-mile race this weekend and is aiming for top spot on the podium after two near misses over the past 14 years.

The Musselburgh athlete was runner-up in the women’s division of the race on her first outing in 2007, then finished third in 2014. Seven years on and with a marathon PB of 2.40.06 (London, 2015) under her belt, McIntosh hopes to complete her medal collection with a gold.

She said: “It would be nice to be on the podium again seven years later. I feel as though my training has been going well but it’s hard to say as there hasn’t been many races.”

“Last time I was at Loch Ness I started far too fast on the downhills and paid for that. I’ll try not to make that mistake again. But it’s my first marathon for more than three years so I’m worried I’ve forgotten how hard it can be. Seriously, though, I’m looking forward to running there again.”

Sheena Logan (Fife AC), who won the 2018 Loch Ness race in a personal best 2.51.11, is also showing good form. The Cupar-based runner, who was third in 2019, recently set her fastest 10K time when winning at Perth and was close to her best half marathon time in the Great North Run.

Nicola MacDonald (Metro Aberdeen), the 2019 Loch Rannoch marathon champion looks set to make an impact while others expected to feature strongly include Jill Mykura (Carnethy), who was third in 2016, and Catriona Buchanan (Central AC), who has a PB of 3.01.00 (London, 2019).

The men’s race appears to be the most open in many years following the withdrawal of the favourites.

Prolific marathon runner Adam Holland, from Devon, set a personal best 2.24.24 when finishing second at Loch Ness in 2018, and he was hoping to go one better on this occasion. Family commitments have, however, forced the Run Across Scotland ultra race champion to pull out.

Holland said: “We have a nine-month-old baby and have had to take some time out this week to look after her. I was very much looking forward to the marathon, but the time it takes to get up to Inverness will be too long, in case I am needed back home. I very much hope to be back in 2022.”

At the sharp end of the River Ness 10K, Inverness’ own Megan Keith has already made clear her intention of trying to break the women’s record of 33.46, set by Cathy Mutwa back in 2006.

But Keith is unlikely to have it all her own way, with clubmate Jenny Bannerman – the Scottish 10K title holder – likely to push her all the way, in her own attempt to add a fourth River Ness 10K win to her name.

Sean Chalmers (Inverness Harriers) appears to be favourite to win the men’s race on the back of his personal best time of 29.55 set at Forres last December. However, the Aberdeen-based PE teacher, who was runner-up in 2019, admits he’s not quite sure just how fit he is after a summer disrupted by injury and illness.

Chalmers said, “I got a confidence boost when running 14.37 in last week’s Aberdeen parkrun 5K so I’m excited to just get out and race. It will be interesting to see how the 10K unfolds but I aim to make it an honest race by setting off at a good steady pace.”

Event Director Malcolm Sutherland is delighted that the races can finally go ahead after all the trials and tribulations of the past 18 months which resulted in the 2020 festival of running being cancelled.

Sutherland said: “I’d like to thank everyone for their patience over this difficult period and it’s fantastic that so many runners have returned to support the event. We have 4900 signed up for the marathon with 1780 runners in the 10K and a further 900 in the accompanying 5K."

While the Marathon and 10K are now closed, organisers will be accepting 5K entries at registration on Saturday and Sunday, on a first come, first served basis.