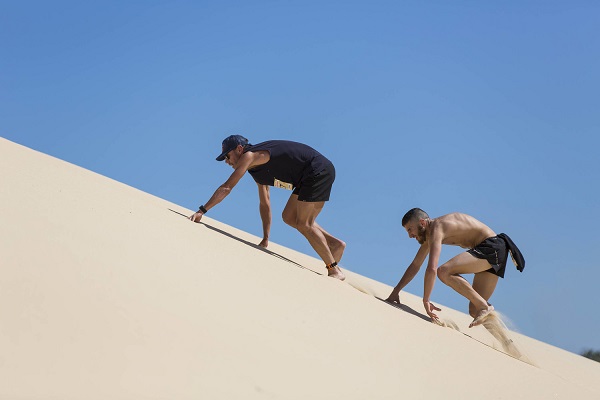 A new beach event is set for Margate this autumn and it just might be the toughest, slowest, maddest mile you'll ever run! The inaugural Red Bull Quicksand Mile at Margate will be held on Saturday 1 September.

Margate beach has staged many sporting events, ranging from beach volleyball to motorcycle enduro racing, but this will be the first running event to be held on a man-made sand obstacle course in the Kent seaside resort – a popular holiday destination for at least 250 years.

The beach that once witnessed pitched battles between the mods and rockers in the 1960s will be taken over by 750 battle-hardened competitors in the inaugural Red Bull Quicksand Mile. Running on sand has been shown to require at least 1.6 times more energy than road running. Throw in four huge man-made sand hills, plus three more lesser undulations and you have the hardest mile race imaginable.

Each competitor will have the opportunity to run three times: heats, semi-finals and the final if they qualify. Even runners who do not progress beyond the first round heats will be seeded into consolation races, so everyone gets to run at least two miles – if they wish.

Clearly this is not going to be PB terrain but the dramatic views of the Thames estuary coast towards Essex will help alleviate the burning lungs and screaming calf muscles as each obstacle is overcome. It will be interesting to see who prevails as track athletes pit their speed against the endurance of distance runners and the strength and agility of obstacle racers.

Entries to Red Bull Quicksand Mile cost £30 for up to three races.

Full details are available at the official race website here