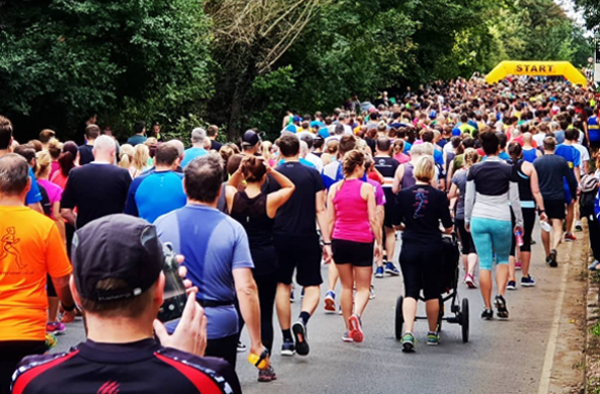 The biggest number of entries at Sunday’s Stratford’s Big 10K (9 September) added a final flourish to the race's 10th anniversary celebrations as nearly 1300 runners crossed the line in Shakespeare’s birthplace.

Stratford’s Big 10K is one of several races from Tempo Events and has grown in popularity during its 10 year existence. It posted a personal best this year in terms of entries as runners flocked in droves to historic Stratford-upon-Avon.

A change to the start and the finish were the only difference as entrants followed the same route as last year including the flat Greenway, the Racecourse, the Courtyard Theatre and the world famous RSC Theatre. They started at 9.30am on Shipston Road and finished by the bandstand in Stratford Recreation Ground, home to the local parkrun. There was a single water station at 5K and more water plus bananas at the finish.

At 11am, a free, 1K Fun Run for children took place which was organised by Kids Run Free. The charity encourage children to participate in running events such as this to improve their health and confidence.

David Bell of Cirencester AC was on song, winning this special anniversary 10K in 33:17. Ben Kruze was runner up in 35:26 with Ali Herbert of Cherwell Runners & Joggers only one second behind, finishing third in 35:27.

Natalie Bhangal of Leamington Cycling & Athletics Club won the women’s race in 39:40. Kate Krzywiec of North Cotswold Tri & Run was second in 39:46 followed by Laura Pettifer of Kenilworth Runners in 40:56.