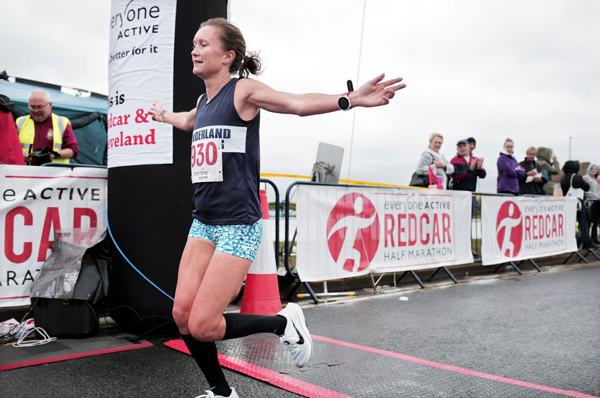 We find out more about September’s Redcar Running Festival...

Runners from across the UK are being invited to join Olympic athlete and British marathon champion, Aly Dixon by entering Redcar’s largest running event taking place this autumn.

Aly Dixon represented Great Britain at the 2016 Rio Olympics and at the World Championships in London last summer. To add her list of achievements, the experienced runner has also been selected to represent England at the Gold Coast Commonwealth Games in April.

Everyone Active, New Marske Harriers and Redcar & Cleveland Borough Council are hosting the Redcar Running Festival on Sunday 30 September. The event is suitable for runners of all ages and abilities and the programme includes the Everyone Active 2K Fun Run for youngsters, and the Beacon 5K. New for 2018 is the Zetland 10K while the Everyone Active Redcar Half Marathon will remain the race of choice for runners looking to take on a longer challenge.

Early bird special discounts are available until the end of April.

Join marathon star Aly Dixon on the start line on 30 September by signing up for the Redcar Running Festival at the event website.