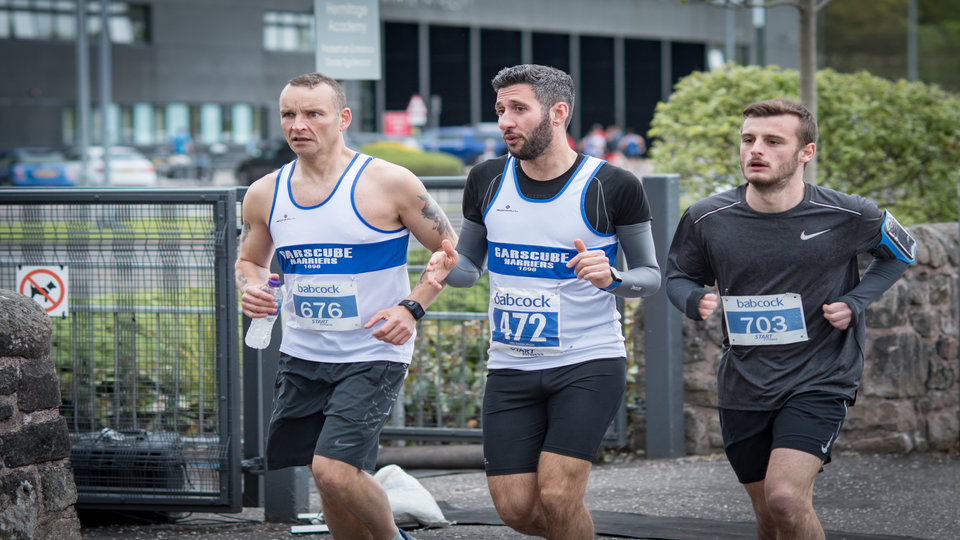 Like swallows in summer, west coast 10K races herald the return of spring for runners

As runners settle into the new year, organisers of the Babcock 10K Series have confirmed the return of the popular events this spring.

Runners of all abilities, from those contemplating their first 10K and requiring support and guidance with their training programme, through to experienced recreational runners and more serious club athletes, to Olympians and World Championship representatives, are all welcome at each event.

The host clubs – Helensburgh Athletics Club, Dumbarton A.C. and Shettleston Harriers – last staged their respective events in 2019, after first delaying their events to the autumn and then the following spring, without success. The 2020 and 2021 events were eventually cancelled due to the pandemic.

Runners have been quick to get their entries in for the popular events. Nearly 1200 entries for the three races – either carried over from 2020 or received since entries opened – are already in the books.

Kenny Douglas, Managing Director of Babcock at HMNB Clyde, told runABC Scotland: ‘We are really pleased to support the 10K series again, and look forward to the events and our employees taking part. It’s a fantastic opportunity for runners of all ages and abilities to get involved.’

Weynay Ghebresilassie, who ran for his native Eritrea as an 18-year-old in the 2012 London Olympic steeplechase, is planning to include the series in his racing programme once again. He will be racing in the Rotterdam Marathon in March in an attempt to secure a place on the Scottish team for the Birmingham Commonwealth Games in August.

The last time the events were held Ghebresilassie set a new course record in Helensburgh – 29 minutes and 32 seconds – and also eased to victory in the Shettleston race on Glasgow Green. Luke Traynor also broke 30 minutes in Dumbarton in 2019 with an impressive 29 minutes and 55 seconds, to win by nearly a minute and a half.

Shettleston’s Fionnuala Ross was also dominant in the last series, setting a course record of 34 minutes at the Dumbarton event to finish ahead of her ever-present rivals, Elspeth Curran of Kilbarchan and Annabel Simpson of Fife. Ross also prevailed in Shettleston for the final race, again going very close to 34 minutes and another new record of 34.08.  Annabel Simpson set record figures in the first race at Helensburgh with a high-quality 34 minutes and 48 seconds.

Every 2022 10K finisher will receive a unique commemorative medal and goody bag at each race. Series entrants will receive a special Babcock 10K backpack. There will also be over £6000 in cash prizes and Start Fitness vouchers, with bonuses for course and series records, and dozens of spot prizes at every race for those not chasing records.