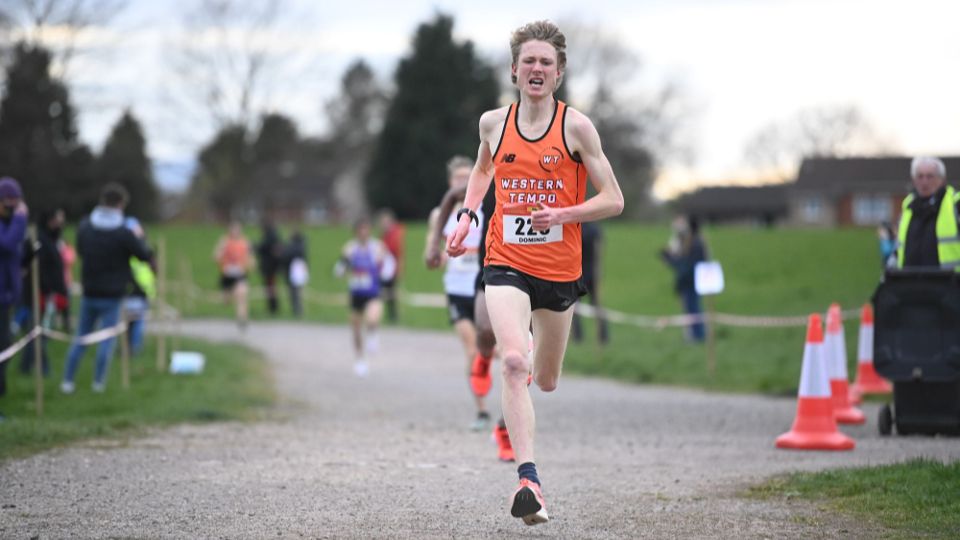 It was back to business last Wednesday (7 April) at Race 1 in the Hereford Couriers 5K Series. The lockdowns hadn’t dampened the enthusiasm to push the pace on a pancake flat course as the results show, with six runners posting sub-15 minutes.

Host club Hereford Couriers RC had all the necessary Covid measures in place and whilst the race had a different set up, the competitiveness and enjoyment was still the same. This well-organised event was a successful evening for many runners starved of the opportunity to race against others and their delight was easy to see as they completed 5K on a perfect PB course. The popularity of this series and being able to take part in a live race again meant entries had sold out.

As events have to adhere to social distancing rules, the organisers implemented two start waves: the first for sub-20 minute runners at 18:45pm followed by the second for all remaining runners at 19:15pm. Bib numbers had been posted out prior to the event and participants turned up with these ready to run. From hands, face, space to ready, steady, go, they flew around two loops on open roads around a quiet housing estate.

It was tight between the top three with Dominic James of Western Tempo first across the line in 14:44. Abed Teweldebrhan of Newport Harriers was only two seconds behind, finishing in 14:46. Only one second separated him from Ben Robinson of Gloucester AC who came third in 14:47.

Becki Timmings of Birmingham Running Athletics & Tri (BRAT) was the first female in 17:04. Rosie Hamilton-James of Westbury Harriers was second in 17:20 and Donna Morris of Builth & District RC third in 17:52.

It was a very happy return for Patricia Marshall of Sandhurst Joggers who was on the go for her 75th birthday, finishing in 31:55.

This was the first out of three races in the series and the organisers congratulated everyone who participated and thanked the volunteers for keeping everyone safe.

Race 2 is on Wednesday 5 May. Details here.