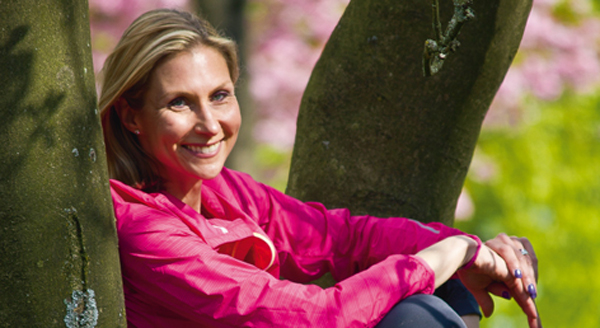 From punchline to finish line

Christine Appel used to think that if ever she had the slightest chance of winning a race, she'd give it everything: razor-sharp focus from the start and spewing up jelly babies at the finish line. Or so she thought...

A few summers ago I signed for a 10k in my hometown. I was deep into marathon training and feeling pretty good. Bumbling around the start I bumped into an old friend. We exchange the usual pre-race pleasantries, by which I mean complimenting the other runner on their clearly superior fitness and getting their own excuses in early.

But then my friend, a member of the local club, scanned the crowd and smiled. "I think you might just be in with a chance today," he whispered. "All our really good female runners seem to be doing the half."

It wasn't perhaps the most flattering way he could have made his point, but he made his point nonetheless. Maybe this race was going to be my once-in-a-lifetime chance for podium glory.

The gun went off and I settled into my stride – at the front of the field – territory I've never inhabited before. My friend stayed at my side and we burned through the kilometres together. Sensing I was flagging slightly around the 6k mark as I worked hard to keep the competition at bay, my friend decided to tell me a joke. It was just what I needed to propel myself forward as my burning lungs told me to stop. "Tell me another," I gasped.

From that point on, his jokes came thick and fast, each one a bit ruder and more risqué than the previous. "More please," I panted as we swept through the final water stop at around 8k. But then he told me a joke that was so filthy, so colossally inappropriate, that if I wrote it down here, I might be facing some form of prosecution.

The water I was trying to drink gushed out of my nose as I attempted the impossible combination of laughing, running and drinking at the same time. I could barely see straight as my eyes filled with tears and my contacts blurred.

At this point, I quite literally lost it. The competition sensed from the fact that I was nearly doubled up in hysterics and running like a new born giraffe that this was their moment. At around 9k one lady shot past me, then another. But I didn't care.

I crossed the finish line with my friend, both of us still laughing. I gave him a big sweaty hug and then thanked him for destroying my one chance at fame and fortune (or, in reality a voucher for a free pizza and a carwash). "Any time," he grinned.

So it's official: winning isn't everything. I don't regret not telling my friend to put a sock in it so I could get on with unleashing my inner Olympian. I've never had as much fun in a race as I did that day under the Canadian sun. But I really do wish I could remember that punchline!