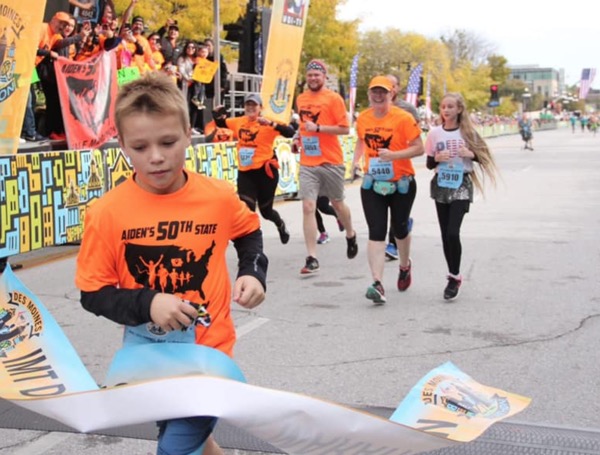 It is an accolade that very few runners in the USA have achieved, completing a half marathon in all 50 states. However, the 50 States Half Marathon Club may just have welcomed its newst member to date, 11-year-old Aiden Jaquez.

On Sunday, Aiden, from Montgomery, Illinois, completed the IMT Des Moines half marathon in Iowa and reportedly became the youngest ever runner to complete the challenge.

His long distance journey began at six years of age when he took part in a half marathon event in Sarasota, Florida. Since then, he has travelled the country to compete in 13.1 mile races in every state.

Aiden commented: "I love running half marathons because not many kids in my age do it and it's fun to run and just get a lot of energy out and run with my grandma. I find it easier to run long-distance for me, because if I run short-distance, I try to run too fast."

His achievement is awaiting to be confirmed as a Guinness World Record. The previous holder of the title was Syrafina Mohammed, who had managed to complete all by the age of 12.