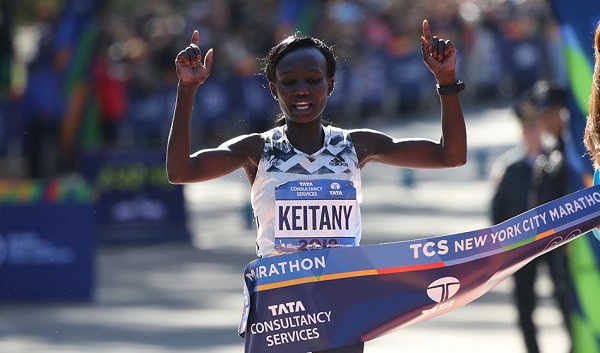 52,813 finishers in 2018, the most in any marathon in history; 129 countries represented; 4:40:22 average finish time; $40million raised for charities. It can only be the 49th TCS New York City Marathon organised continuously by New York Road Runners (NYRR) since 1970 and back in the 'Big Apple' on Sunday (3 November).

New York is rightfully renown as the mother of modern marathons with its near-50 year history. The race was started by Fred Lebow and Vincent Chiappetta of NYRR on 13 September 1970 with 127 runners paying $1 to run loops within Central Park. Only 55 runners finished and the inaugural winner was Gary Muhrcke in 2:31:38.

The present course, or a near facsimile, was introduced in 1976 to celebrate the US Bicentennial and runners passed through all five Boroughs for the first time. TCS New York City Marathon is now the largest in the world, with an estimated two million spectators lining the route and an electric atmosphere not replicated anywhere else.

Last year's winner was Lelisa Desisa (Ethiopia) in the second fastest ever at New York – 2:05:59. Mary Keitany (Kenya) secured a fourth win in five years in the women's race in 2:22:48, which was also the second fastest in NYC Marathon history. The sunny autumn day helped athletes to record extraordinary performances but weather can play a significant part as the race has been held in temperatures ranging from 27C (1979) to 6C (1995).

Desisa and Keitany are back, hoping to successfully defend their New York titles and will be tough to depose. However, there is considerable excitement surrounding world half marathon record holder Joyciline Jepkosgei (64:51) who is making her much-anticipated marathon debut. In similar vein, the new men's world half marathon record holder Geoffrey Kamworor (58:01) will be hoping to reprise his 2017 New York Marathon victory.

TCS New York City Marathon can be viewed live on Eurosport 2 from 2:05pm on Sunday.

Sports Tours International will be taking a large group to compete from the UK. Click here to sign up for the 2020 waiting list for the 50th anniversary race on Sunday 1 November.