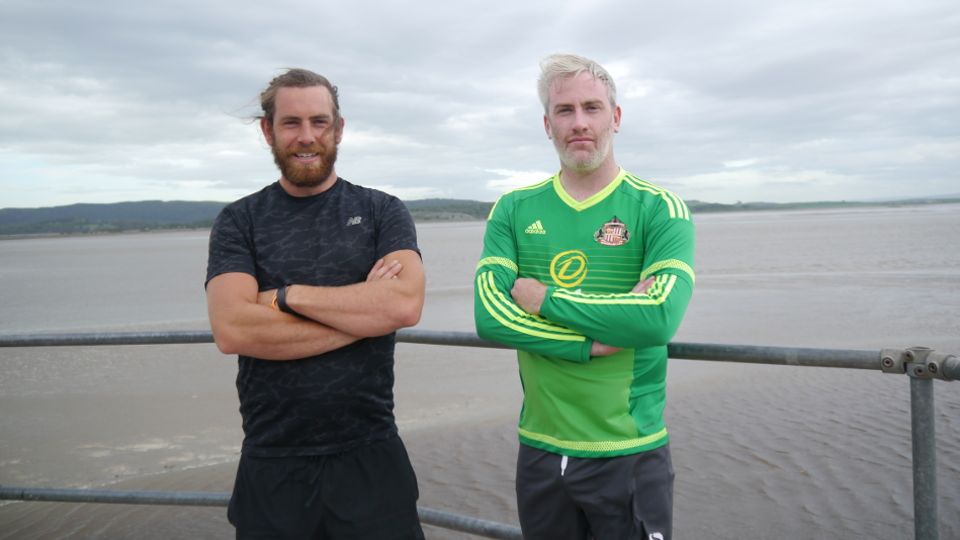 Sporty brothers take on their first ultra to raise awareness of unsung heroes.

On Tuesday 1 September Billy and Eugene McGee will run 100K of the Cumbria Way, acting as a voice for unpaid carers at home whilst fundraising on their behalf. Their goal is to complete this in a day for Carer Support South Lakes and bring these key workers to public attention.

The first ultra for the two brothers, the Cumbria Way is a showcase for the Lake District along tracks and paths through valleys and over fells. Taking in well-known sights including Coniston Water and Tarn Hows, it is a spectacular route on a mixture of terrain and not to be underestimated. Born and bred in The Lake District, the McGee brothers have opted for the southern 100K section beginning at Barrow and finishing at Keswick and they will reach heights of 1880ft during the run.

A strong pair of legs (or two pairs) is needed and the brothers have been working hard on developing those with fell running, gym sessions, hiking, cycling and football training. They have always been keen on outdoor sports and took up running to help with their football training only to be bitten by the bug. From the early days of 5k runs they’ve since completed the Helvellyn 15K and Coniston Marathon as part of the Lakeland Trails Series and long weekend runs have formed part of their preparation.

They feel strongly about stay at home carers who perform a variety of tasks that include feeding, bathing and dressing a parent or sibling. These responsibilities exert a heavy toll on their physical and mental wellbeing and they are unpaid and forgotten about in society. Billy McGee is a social worker and sees first hand, the effect this has on their quality of life.

The brothers had entered the Great North Run (GNR) but this was postponed due to the coronavirus outbreak. They substituted this with the Cumbria Way which in Eugene’s words is: “A rite of passage with arguably some of the best scenery that the country has to offer”. Their biggest challenge to date, they will combine running and hiking, even crawling to complete the 100K.

Their adventure begins at 5am where the intrepid pair will start from Dalston and finish in Ulverston around 10pm. More information about their challenge can be found on their JustGiving page.