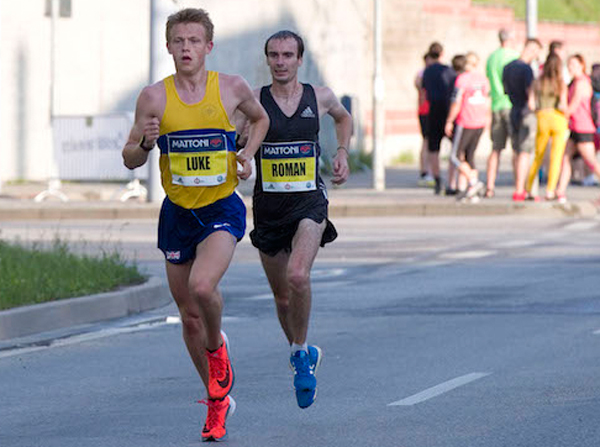 Scot Luke Traynor continues to impress - so why doesn't he have a sponsor?

Luke Traynor’s impressive summer of speed has continued with two PBs and another race win. In early June, the Scot became the first-ever European winner of the Mattoni ÄŒeské BudÄ›jovice Half Marathon, in a time of 63.42.

At the Watford Harriers meet a few days ago, 11 men achieved the target of a sub-eight minute 3000m. But it was Traynor who led them all across the line – coming up from fifth place at the start of the last lap. He finished in a personal best time of 7:53.88, only a week after setting himself a new 5000m PB of 13.39.35.

In addition to becoming the third fastest Scot, the 24-year-old’s achievement now makes him the fifth fastest British man over the distance in nearly two decades, putting him in solid company with the likes of Sir Mo Farah and Andy Butchart.

Despite his recent success, Traynor remains unsponsored – fitting work around training sessions and relying on a combination of race winnings and part-time work for a very understanding employer to get by.

Speaking recently on the Tartan Running Shorts podcast, the Giffnock North runner said that his current aim was to, "maximise the next few years as much as possible," in order to be able to focus properly on training and recovery.

Traynor also plans to race another half marathon in the autumn, but has not yet decided which. However Manchester, which he won last year, is a strong contender.

Whether the promising young will be running with the backing of a sponsor is perhaps the bigger question.