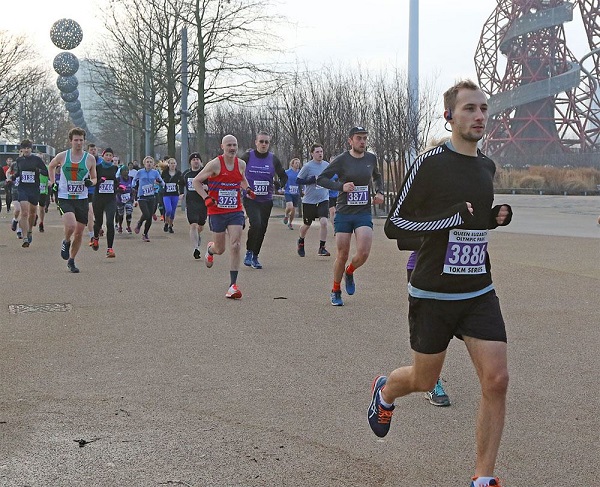 Capital 10K Performances At The Weekend

London's famous parks were invaded by more than 500 ultra keen runners who braved the winter chill to put down an early season marker at the increasingly popular 10k distance at the weekend.

First up was the Queen Elizabeth Olympic Park 10K held on Saturday (6 January). The Race Organiser was the first promoter to establish monthly runs around the iconic QEOP after the 2012 London Olympic and Paralympic Games and races continue on the first Saturday every month. One of the features of this run is the winter and summer Grand Prix based on results achieved in a minimum of four races in each season.

Sunday (7 January) saw action at Greenwich Park with The Race Organiser, and Richmond Park courtesy Nice-Work race promotion. There were 106 finishers in 1:19:40 at Greenwich and 109 in 1:14:42 at Richmond.

Greenwich Park is hilly and a tough three-lap challenge, as this writer can attest. However, the stunning setting, with panoramic views of the River Thames, more than compensates for the tough climbs. Charlie Fordham (41:25) and Angharad Smith (London City AC, 44:10) were the winners here and M50 master Francesco Riboldi (54:29) was the midpoint marker.

The Richmond event had a 5k option and nearly half of the 72 finishers were running for Ealing Eagles RC. Unsurprisingly, the Eagles provided both race winners in Ewan Fryatt (18:21) and Melissah Gibson (20:54).

Each race venue has its own attraction so you pays your money and you takes your choice! As always the full results can be studied through the runABC South comprehensive race listings brought to you in association with Sports Tours International.