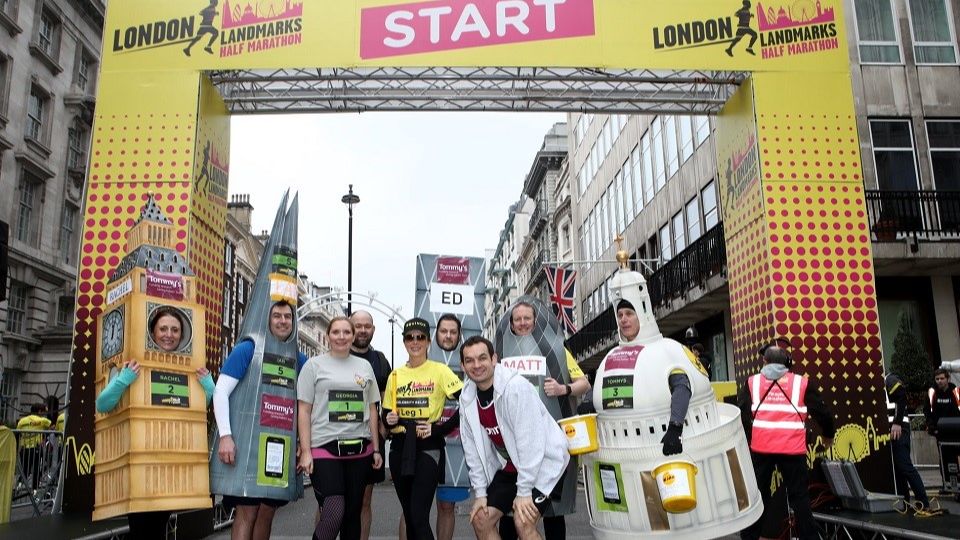 Postponed from May, the immensely popular London Landmarks Half Marathon returns on Sunday 1 August

In its short history since the inaugural event in 2018, the London Landmarks Half Marathon (LLHM) has built a loyal following, with 10,000 running the launch event and 12,000 finishing the 13.1-mile course through Westminster and the City in 2019.

Such was the demand for places the public ballot was 15-times oversubscribed for last year's event, which was subsequently cancelled due to the pandemic. And so we move to 2021 and the third iteration of LLHM, which is limited to 14,500 entries.

It may only be a third of a mile (as London pigeons fly) between the start near Nelson's Column and finish near Downing Street but no other race in London passes through both the City of London and City of Westminster on closed roads or packs in so many iconic sights.

Charity is at the heart of LLHM. The event is organised by the baby charity Tommy's and more than £12million has been raised to date for Tommy's and other causes. Organisers hope that a further £6million will be donated to 200+ charities following Sunday's race. LLHM is a 100% not-for-profit event to maximise donations for charitable purposes.

And if you miss any of the highlights while concentrating on your pace you may well pass - or be passed by - one or more of the above sights as competitors have taken to dressing up as their favourite London landmarks!

The unique atmosphere of LLHM can be experienced in this three-minute video:

Results and report in next week's runABC South