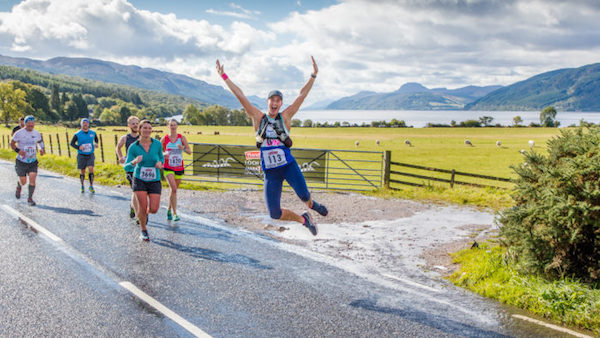 There’s three months to go until this year’s Baxters Loch Ness Marathon, but the race has already chalked up one new record.

More than 4470 runners, by far the largest number in the 18-year history of the event, have signed up to tackle the stunning Highland course on Sunday, 6 October. The previous highest entry was 4127.

The cosmopolitan nature of the event is reflected in 40 different countries being represented.

Race director Malcolm Sutherland commented: “It’s amazing to reflect on how the event has grown since our first race in 2002 when 600 people took part; now we have more than 4000.”

He added: “On top of that we will have thousands more in the River Ness 10K, which was added to the race day programme in 2004. The 10k course is one of the fastest in the country and provides a fantastic opportunity for people to set personal best times. We also have the River Ness 5K and the Wee Nessie run for under-5s, so there really is something for everyone.”

Even more runners are expected to sign up in the next few weeks, as guaranteed marathon entry is only available until 22 July.

Club runners, overseas runners and those signing up with one of Loch Ness Marathon’s official charities will be able to enter until 24 September.