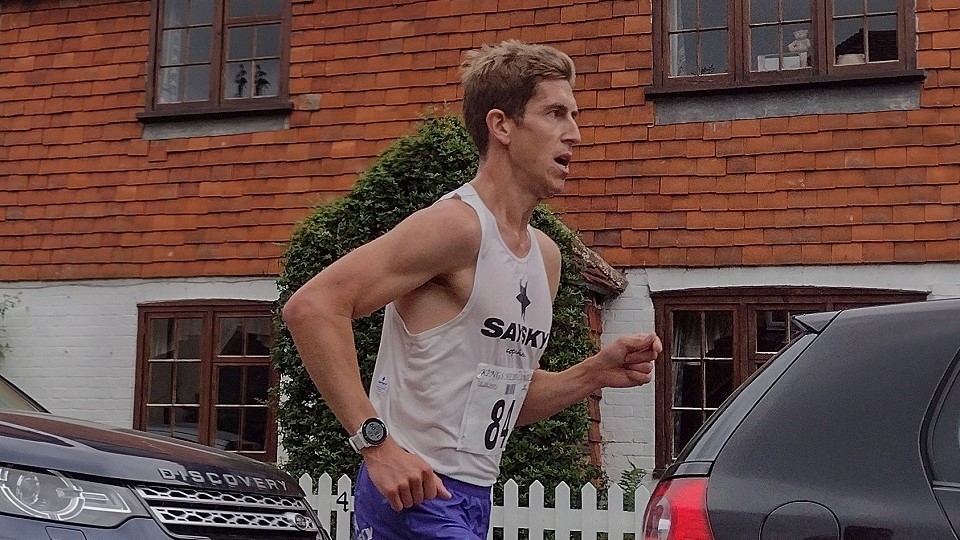 Kings Head Canter is a race to the pub!

The Kings Head Canter 5K and Stuart Mills are synonymous. There simply cannot be one without the other. Stuart is the livewire Race Director who took over from the original promoter, Nigel Gates, who was an East Hoathly resident when he started the race in 1998.

Stuart Mills has been helping East Hoathly and Halland Carnival Society raise funds for social events that benefit the community for 16 years. Most competitors know him as the genial New Zealander on the public address. Few will know he is an accomplished athlete with best times of 69 minutes for a half marathon and 2:29 for the marathon set in 1995. And the Uckfield Runner is still in good shape with 2:41:35 in the Berlin Marathon in 2019 – the second best UK M55 masters time two years ago.

Kings Head Canter is a rare gem as it is a 'point-to-pint' event! Runners assemble at Chiddingly village, then race the undulating Sussex lanes to finish at the Kings Head pub in East Hoathly, where they are rewarded with a well-executed pint of real ale from the local 1648 Brewing Company (or a soft drink of their choice) in exchange for their bar-coded race numbers.

This year's field of 158 finishers (in 54:43 - David Dobbs, aged over 80) on Bank Holiday Monday included our reporter, Alan Newman, who enjoyed a canter with his wife, Sue James. At the head of proceedings was 2:17:16 marathoner Paul Navesey (City of Portsmouth, 15:14) who stretched his impossibly long legs to finish 16 seconds shy of Kevin Moore's 2019 record.

Keiran Barnes (Crawley, 16:03) and Bradley Burke (Horsham Blue Star Harriers, 16:14) were the nearest opposition to the rapidly disappearing race winner (who is pictured above).

Memories our reporter will take away from his eighth return to the Kings Head Canter include watching the Race Director perform his pre-race briefing and start routine before jumping in his car to drive via an alternative route to the finish, loaded with runners' kit bags and two precious stopwatches running!

Another memorable sight was the race winner returning to the start on the race route while cheering on every finisher – a nice touch on the 23rd running of this popular event.