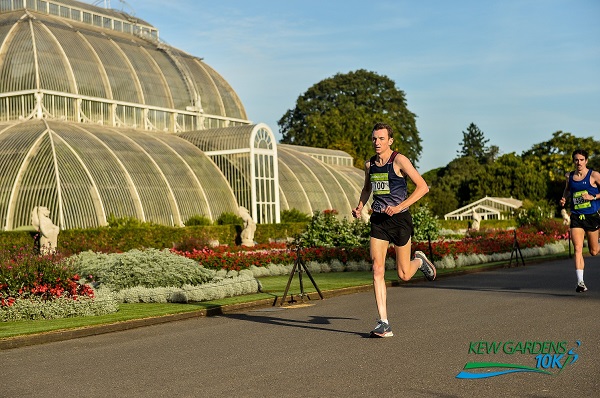 Australian endurance athlete Michael Shelley (pictured above) was the star attraction at realbuzz Richmond RUNFEST as he took the Kew Gardens 10K by storm on Saturday (15 September). More than 3,000 runners took part in the Peter Pan-themed event that acts as the curtain raiser for one of London's biggest and best multi-race weekend running festivals.

The World Heritage Site of the Royal Botanical Gardens provided a spectacular backdrop for the opening event of realbuzz Richmond RUNFEST, now in its sixth iteration. The Peter Pan theme extended to a 'Treasure Map' for the route details and numerous colourful characters around London's flattest 10K course.

None of this proved any distraction to the 2014 Glasgow and 2018 Gold Coast Commonwealth marathon champion as he cruised to victory in a modest (for him) 30:21. Shelley can point to personal bests of 2:11:15 for the marathon and 1:02:10 for half marathon and he was 16th in the London 2012 Olympic Marathon.

Alex Dunbar (City of Norwich, 31:39) and Murray Strain (Highgate Harriers, 31:58) were the closest opposition to the Australian international on the serpentine course that winds its way round, through and amongst the largest and most diverse botanical collection in the world.

There were 3,136 official finishers in 2:08:59 and more than 1,500 were inspired to complete the course in less than 60 minutes. All entrants received free admission for themselves and their supporters to Kew Gardens which were transformed into Neverland for the occasion.