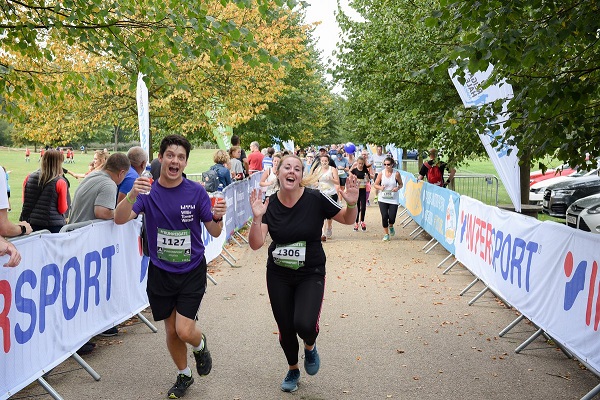 There were 4,000 finishers in the four race programme that brought Intersport Run Reigate back to Priory Park on Sunday (16 September) for a fifth successful year. This represents an increase of more than 1,000 participants for the multi-award winning event, voted UK’s Best Half Marathon at The Running Awards 2017 and silver medal winners in 2018.

Highlights of this increasingly popular event included fully closed roads through the beautiful country lanes of rural Surrey; spectacular start/finish in front of Priory School in Priory Park; lively event village with food, drink and music on the Esure stage and a massage tent with donations to event charity Stripey Stork.

The Run Reigate Surrey Half Marathon was the headline race and featured top runners from around the country. Kevin Quinn (South London Harriers, 1:08:18) and Andy Coley-Maud (Highgate Harriers, 1:09:07) battled for victory ahead of Ben Fish (Blackburn Harriers, 1:09:37).

There was more success for home club Reigate Priory as fastest in the Canon Kids Races was Matthew Pickering (6:04) from Miles Brown (Holland Sports, 6:09) and first girl Lily Pearson (Epsom and Ewell Harriers, 6:13).