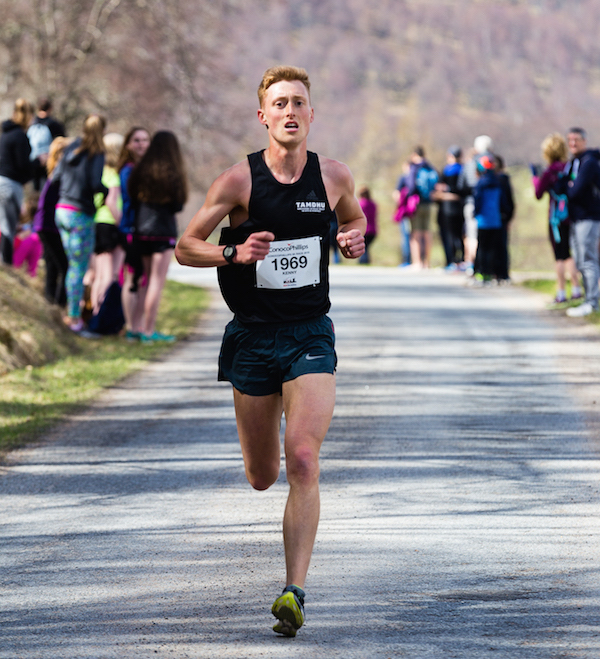 Since posting his first fitness video for a bit of Facebook fun at the start of lockdown, the Moray Road Runner is now working with Moray Active Schools to promote their ‘Stay In, Work Out’ message.

Wilson, from Craigellachie, told the Sunday Post: "Joe Wicks and myself have a similar motto in that we just want to do what we can to help and inspire people.

"I want to play my part to keep friends, family and neighbours safe and healthy at the same time. I’m pleased to be able to do something for the community – and the workouts have definitely brought people together during lockdown."

In fact, Wilson’s video workouts have been so successful, the Body Coach himself has given Wilson’s efforts a thumbs up, saying: "Anyone that can inspire someone to move, get active and be positive is a hero in my eyes. He is definitely a hero – and good luck to the Scottish Joe Wicks."

While Wicks’ PE lessons focus on keeping the nation’s children – and their parents – moving while schools are shut, Wilson’s workouts are targeted at a different audience: children and adults who would normally build or maintain their fitness through clubs or classes.

And if there’s anything Wilson knows about it’s fitness. Part of the scottishathletics Marathon Project, Wilson made his debut at the distance at Frankfurt last year, in a time of 2.22.

Posted on the Moray Active Schools’ Facebook page at 2pm every Tuesday and Thursday afternoon, the 30-year-old’s lessons are pre-recorded, but carried out in real time. They feature a mix of workouts, including High Intensity Interval Training (HIIT), core work, power training and aerobics.

Wilson said: “The workouts are based on sessions I would do myself, alongside running training seven days a week. But I also include easier alternatives so the whole family can get involved and feel in control of their own exercises.”

With thousands of followers already, and the possibility of ‘going national’ on the horizon, Wilson hopes to keep his sessions going – despite a return to work after furlough and the serious business training for a target run of 2.18 at the rescheduled London Marathon now on his plate.

“It’s something I love doing, and hopefully I can keep it going. Doing something for the local community has always been a passion for me, but I’ve never had the opportunity to do it, so I was delighted when Moray Active Schools asked me on board. I want to be a good influence on youngsters doing sport and want to be someone they can look up to.”