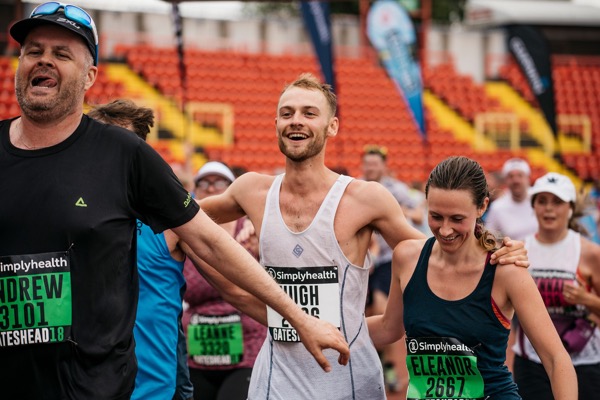 The first weekend of the month will see a host of exciting 10ks appear on the Northern horizon, with some prominent events set to take place at Manchester, Leeds, Wilmslow and Gateshead, races that will provide an examination of the spring and summer training of thousands of runners.

First up for us is the Great North 10K, at which 5,000 competitors will enjoy a landmark-packed Tyneside route before a memorable grandstand finish on the track at the famous Gateshead International Stadium. For many, the 10k will be act as a precursor to September’s Great North Run, with the Slog on the Tyne uphill section the perfect marker of training progress.

Moving across to Manchester where Sports Tours International will host one of the most popular 10ks in their race series. The UKFast City of Manchester 10K has become renowned for its fast route, which starts and finishes at Manchester’s Etihad Stadium, not to mention its exceptionally friendly atmosphere.

Like the Manchester event, the Alderley Edge Bypass has become a PB hunters’ paradise. Since its conversion to the 10k distance in 2017, the race has increased in popularity and has been one of the main driving forces of Run North West’s recent success.

Finally, at Leeds, and where it all started for the Run For All team. The Asda Foundation Leeds 10K is the original legacy run of the late Jane Tomlinson, who took on a series of endurance challenges to raise nearly £2m for charity despite battling terminal cancer. Jane died in 2007 soon after launching the 10K and it is now a highlight not just on the city’s running calendar but on the national stage too.

Keep an eye out for what is sure to be a busy few days next week as we catch up with all of Sunday’s action.