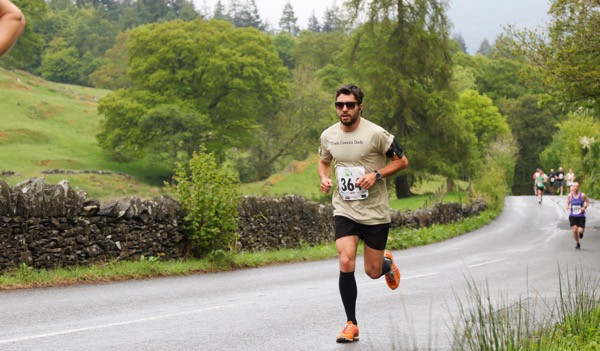 The legacy of Matt Campbell will be felt for years to come with a large part of his fundraising money going to support young people at risk of poor mental health, through the project 3.7, named after the number of miles Matt had left to complete at London Marathon.

Matt, an established chef who appeared on Masterchef: The Professionals, died tragically at this year’s VLM. The 29-year-old was running in memory of his father to raise funds for the Brathay Trust, a charity that helps vulnerable children and young people.

After news of his death broke, the outpouring of tributes came flooding in, and over £370,000 was raised for the Brathay Trust – it is estimated that almost 32,000 people donated to the cause.

Following discussions with Matt’s family, the charity have decided that the main use of the donations should go to 3.7 – a project which will aim to re-engage reluctant learners by providing an alternative curriculum for young people struggling with mainstream education as a result of low mental health and resilience.

This could include low self-esteem, anxiety and stress, poor relationships with peers and adults, or lack of engagement in positive activities. With eight one-day sessions run away from school, and a weekend residential at one of our Lake District centres, 3.7 aims to increase the resilience of young people to support their successful transition through school and beyond.

3.7 will be launched at a special event at Kirkbie Kendal School, Cumbria, on Wednesday 10 October. The location has a particular significance for Matt’s family, as both he and his brother, Josh, were students there.