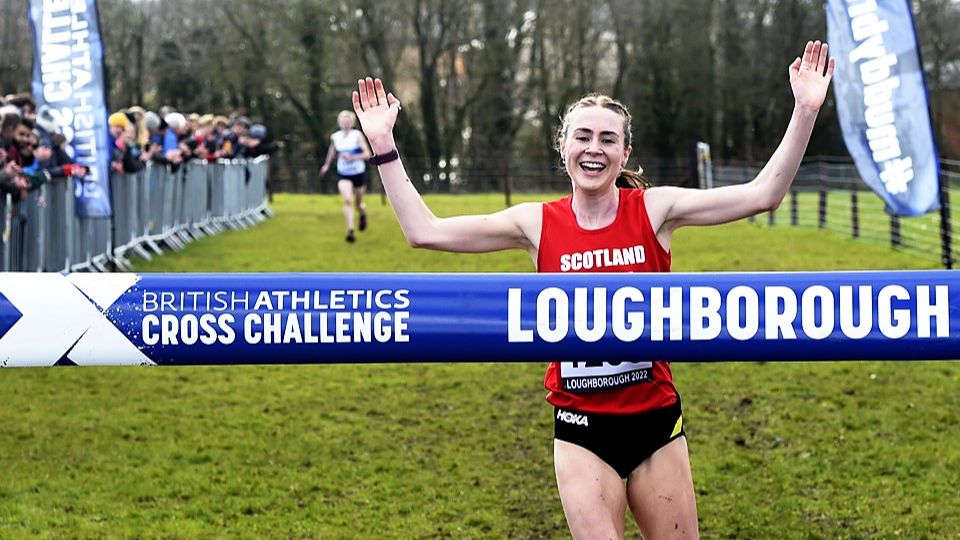 Johnson and MacLennan leave it late

The UK Counties Athletics Union (CAU) was formed on 4th February 1926 after a meeting in the offices of the Amateur Athletics Association in 1925 had been attended by 10 delegates from the home counties, plus Norfolk and Suffolk.

The first CAU Inter-Counties championship was a cross country team event at Beaconsfield on 3rd April 1926 and the event quickly grew into a major test of endurance for athletes who represent their counties with enormous pride.

The 2022 CAU Cross Country Championships returned to the 2020 venue at Prestwold Hall, Loughborough on a revised course with the same "cloying mud" that featured in our report.

The full 10-race programme included races for all age groups, with 2,575 finishers across the board. Due to the selective nature of this representative fixture, the largest field in any race is around 300 of the very best exponents of cross country running, including several national champions.

The senior men's race, over 10K of the aforementioned sticky stuff after overnight rain, was won by Calum Johnson (North East, 33:03) from Hampshire's Zak Mahamed (33:24) and Dan Howarth (Derbyshire, 33:34). Johnson had sat off the furious early pace as Howarth took Mahamed almost 100m clear of the field before Johnson used his marathon training strength to reel them in.

For an insight into just what it takes to win such a prestigious title, we have the winner's post-race comments: “I had Covid over the new year and then built back slowly as I am on 110 miles a week training for the Wrexham Marathon at the end of April”.

Mahamed had the consolation of leading Surrey to team gold ahead of Northern Ireland and Lincolnshire while claiming the UK Cross Challenge senior men's individual title for 2021/22.

There was a Scottish winner of the women's 8K race as national champion Mhairi MacLennan (Scotland North, 30:51) – pictured above – narrowly defeated the English champion Jess Gibbon (Oxfordshire, 30:59) despite losing a shoe as she emerged from the woods for the final dash for victory. Kate Avery (North East, 31:42) was a distant third as this pair sprinted clear.

Surrey managed the senior double with another shiny set of team gold medals from Yorkshire and Hampshire as Gibbon emulated the men's runner-up here by taking the UK Cross Challenge title.

Explaining how Jess Gibbon had taken the lead on the second lap, MacLennan said: “At that point, I thought I might settle for second but then I pushed on up the hills. The mud was also super sticky.”

Surrey was the most successful county with four wins from the 10 races, followed by Scotland West with two wins and one each for Yorkshire and those trailblazing home counties of almost 100 years ago: Kent, Essex, and Buckinghamshire.