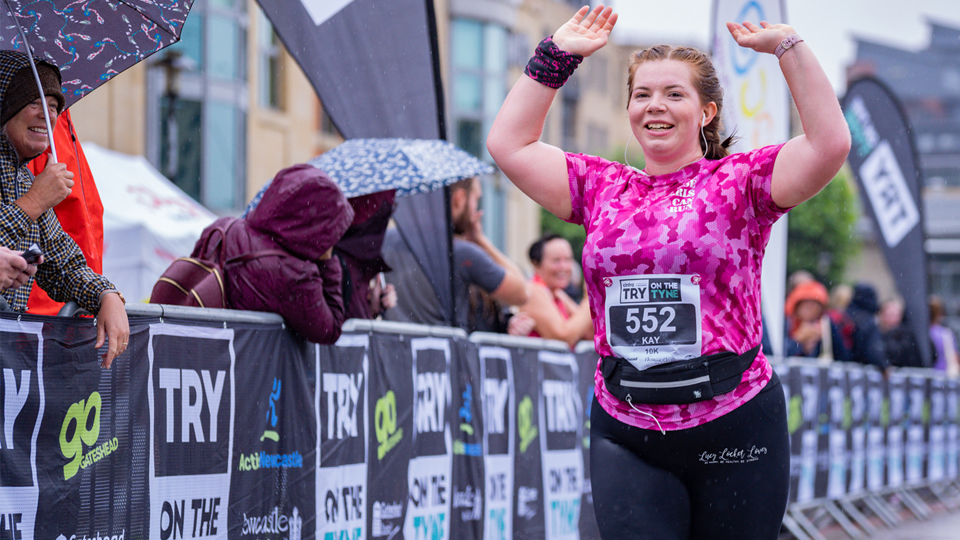 Tyne For A Challenge

Weather fails to dampen spirits as hundreds take part in TRY on the Tyne in Newcastle and Gateshead...

Wet weather didn’t deter hundreds of athletes of all ages, who took to the streets of Newcastle and Gateshead for Cintra TRY on the Tyne. The mass participation multi-sports event returned to Tyneside on Saturday with junior and senior duathlons and a series of runs, including 10 and 5Ks.

Despite the rain, over 500 athletes took part, with many raising money for good causes, including official event charity partner COCO (Comrades of Children Overseas).

The event used the Tyne and its bridges as a venue, with all of the races on closed roads. Each race began with a mass start at Baltic Square in Gateshead and finished on the Newcastle quayside.

The 5K was won by Sam Thurlbeck of Sunderland Harriers in 17:08. Second place was claimed by Dan Moore in 17:43 and Alex Hird of Crook and District AC was third in 17:58. The women’s race was emphatically won by Millie Breese of Morpeth Harriers, who was fourth overall in 18:03. Sienna Haynes was second in 22:35 and Diane Vaughan of Quakers AC was third in 23:33.

The complete set of results is available via the runABC North Race Listings page.

Steve Cram, event founder and race director, commented: “After all of the challenges that everyone has faced during the last 18 months, a bit of rain was never going to put off Cintra TRY on the Tyne athletes! There were a lot of happy faces out there on the streets and we were delighted to bring mass participation multi-sports back to the heart of Tyneside.

“Huge thanks go to Newcastle City Council and Gateshead Council for working so hard with us to put on the event, to our main sponsor Cintra, and of course to all of our brilliant volunteers who make events like this possible.”

To find out more about Cintra TRY on the Tyne, visit the event website.

Image: Events Of The North