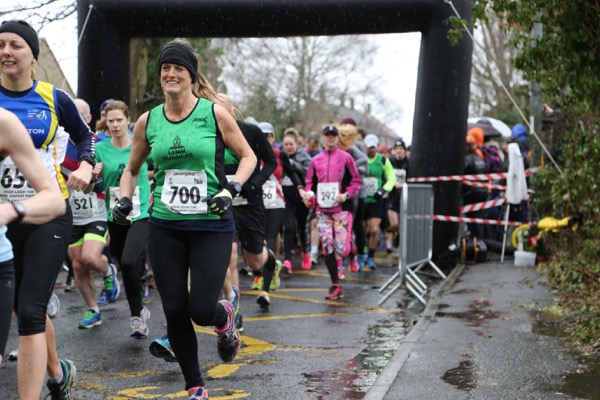 High Legh ready to host another sell out 10K

Featured in The Guardian’s top UK running events, the High Legh 10K has built its reputation as a small, friendly community-based race. This Sunday’s (3 March) race will see a full house with 600 runners making their way to High Legh Primary School to tackle a course that moves through the leafy lanes of Cheshire.

Organised as a partnership between Lymm Runners and the High Legh Community Association, High Legh 10K is a truly community-based event organised by running club members and residents of High Legh Parish.

Sunday’s field will depart High Legh Primary and loop around a small residential area (including the road named Robert Moffat). It then follows generally flat leafy Cheshire lanes with only a few rolling sections. The final kilometre follows the B5159 until the final turn, for the finish line at the village school.

The 10K's full name is the High Legh Robert Moffat Memorial Race, named after the Scotsman who worked as an estate gardener in High Legh. He went on to become a famous missionary in Kuruman, South Africa. A road in the village is named after him and the original race started and ended near it. Today, the road named Robert Moffatt remains an essential part of the High Legh 10K route.

In recent years some of Robert Moffatt’s descendants discovered the race and took part as competitors. This grew until in 2013 over 20 descendants either ran the race or were supporters.