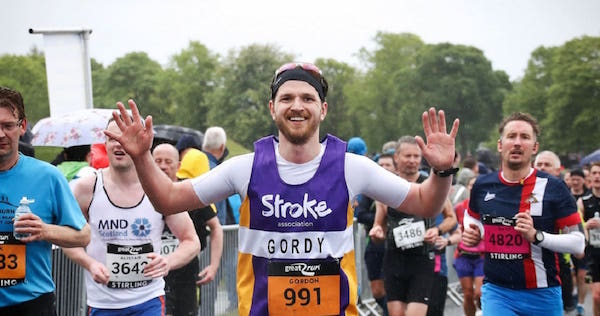 The Great Run Company has just announced that the 2019 editions of two of its popular Scottish events will be their last.

The Great Stirling XCountry, previously held in the North East of England – first as the Great North Cross Country, then as the Great XCountry until its move to Edinburgh in 2005 – was held in Stirling for the first (and last) time earlier this year.

In both its English and Scottish incarnations the event drew interest from high-level competitors, including Liz McColgan, Laura Muir and Callum Hawkins.

The company also announced this weekend that its Great Stirling Run has reached its own finish line, too.

Launched as the Stirling Scottish Marathon in 2017, the event attracted thousands during its relatively short life. In 2018, a half-marathon was added to the event, rebranded in 2019 as the Simplyhealth Great Stirling Run.

The festival attracted some controversy this year when the winner of the women’s marathon, Jenn Wetton, criticised the £200 prize money as being ‘insulting’.

A spokesperson for the Great Run Company said this weekend: “For the last 10 years we have been staging world class cross country competition in Scotland through the Great XCountry.

“Unfortunately, the costs of staging this event are increasing at the same time as commercial revenue is declining and the reality is, the event is no longer economically viable for us to stage.

“When the Great Stirling Run was conceived three years ago it was our ambition to build a world class marathon in Stirling. We’ve invested in the event over that time, but sadly we haven’t been able to deliver that ambition and the event in its current format is unsustainable.

“We would like to say a heartfelt thank you to Stirling Council for their excellent support and of course to everyone who has taken part in the event.”

Stirling Council spokesman said the decicion was "disappointing" but that they were focused on "bringing new events to Stirling with new and existing partners."

No announcement has been made about whether the XCountry event will move to another location or live on in another format.

No date has yet been announced for the Great Run Company’s other Stirling event, held for the first time in January of this year, the Simplyhealth Great Stirling Castle Run.