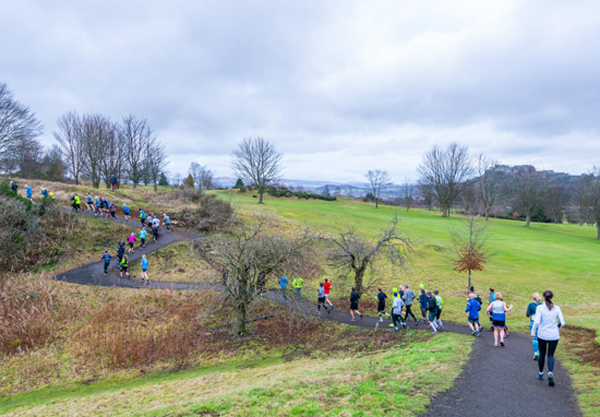 Saturday (11 January) saw the first big race action of the new year with Stirling's Great Run double header. In the televised Great Stirling Cross Country local hero Laura Muir made full use of the glory leg in the mixed relay to lead GB to victory. Although it was Europe who retained the overall title.

The men's 8K provided top class entertainment for a big Saturday afternoon TV audience with American Hillary Bor claiming the title as the first four runners finished within a second of each other.

Bor did it the hard way. He squandered an early lead by taking the wrong turn before returning to the main field in fourth place. However he regained the advantage and held on in a dramatic uphill finale to edge Eritrean-born Swede Napoleon Solomon (Europe) to win in 23 minutes and 48 seconds. The Moroccan-born Spaniard Adel Mechaal and Kenyan-American Leonard Korir, winner of the event in Edinburgh for the past two years, took third and fourth places in 23:49.

The women's 6k race was a more straightforward affair with German Elena Burkard (Europe) winning in 22:01, five seconds ahead of GB's Charlotte Arter.

The 4-leg relay which saw men and women and seniors and juniors competing in a team format was an all-action affair although it was a bloodless victory for GB as Muir consolidated the lead she inherited in the final stage.

Elsewhere in Stirling, 1,400 recreational runners faced an early year test in the inaugural Great Castle Run. The big field ran in a waves and were challenged by a hilly extended 7K course across testing terrain. Post-race there was praise for a scenic course with great views but disappointment that there was no souvenir T-shirt.

One runner, Vivienne Cleland, summed up the experience nicely: "Tough, but brilliant."

Central AC's Matthew Sutherland (27:37) clocked the fastest time of the day - while Laura Shaughnessy (Dundrum South Dublin AC) was quickest woman on 30:07. The midpoint time was 46:20.