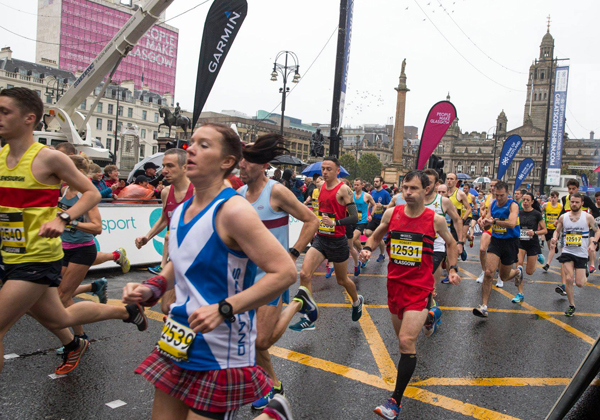 Entries for this year's Bank of Scotland Great Scottish Run have been coming in thick and fast since race organisers launched the event in April. The prestigious half marathon/10k double header will once again attract a huge field to Scotland's biggest city on Sunday 29 September.

The Bank of Scotland Great Scottish Run is the race of champions. It features top names like GB stars Chris Thompson (half marathon winner in 2017 and 2018) and Gemma Steel, and local favourites like Luke Traynor and Fionnuala Ross who figured prominently in 2018. But also 'everyday champions' who battle adversity and challenge lethargy to be part of the race of the year.

'Everyday champions' like Nikki Etheridge, Lisa Hamilton and Neil Sharp. 29-year-old Nikki from Glasgow is running Bank of Scotland Great Scottish Run for the first time since becoming an amputee and is looking forward to the support of both the enthusiastic Glasgow crowd and her fellow runners.

60-somethings Alastair Walker (Hawick) and Christine Thompson (East Kilbride) are part of a trend which is seeing more and more veterans signing up for big events like the Bank of Scotland Great Scottish Run. Alastair only recently caught the running bug but is already competing at the top international level in the masters division.

Lisa Hamilton is also an inspirational figure who is marking her 40th birthday by completing a four challenge series which began last month at Tough Mudder and includes ascents of Buachaille Etive Mor (achieved in brilliant weather last week) and Ben Nevis ahead of a finale at the Bank of Scotland Great Scottish Run (half marathon). Lisa is supporting Parkinson's UK – her dad Bob suffers from the condition.

Neil Sharp is another who likes a challenge. The Mind Scotland supporter has dropped 13 stone in weight from 37 stone and is now benefitting both physically and mentally from a new regime ahead of taking part in the Bank of Scotland Great Scottish Run in September.

They may be running at different paces but what Bank of Scotland Great Scottish Run participants like Luke Traynor and Neil Sharp will share is an incredible race atmosphere along the River Clyde and through the city centre as both 10k and half marathon fields make their way from George Square to the grandstand finish in Glasgow Green.

TV cameras will capture all the race day action from the battle for podium places at the sharp end of the race to the fun, colour and excitement of Scotland's premier running event as thousands of club, recreational and charity runners enjoy their day in the spotlight.

TO ENTER OR FOR MORE DETAILS GO TO THE EVENT WEBSITE