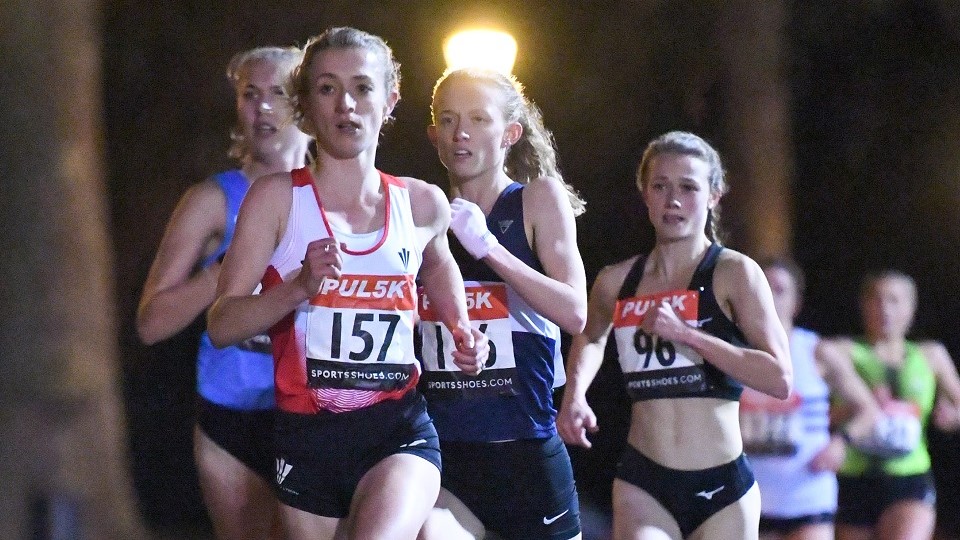 Friday Night Under The Lights is a mainly 5K series (with one 5 mile race) held entirely within Battersea Park, London while Podium 5K has been based at Barrowford in the Pendle district of Lancashire and various locations around the nation.

So what happens when these two elite 5K race series combine forces? A composite event title PUL5K (Podium Under Lights 5K) with fast times and plenty of excitement, that's what!

The elite women's race was won by American 2:28:12 marathoner Allie Kieffer in 15:52 – just two seconds outside the event record of 15:50 that would have triggered a £500 bonus from sponsors SportsShoes.com.

Details of all Friday Night Under The Lights events here